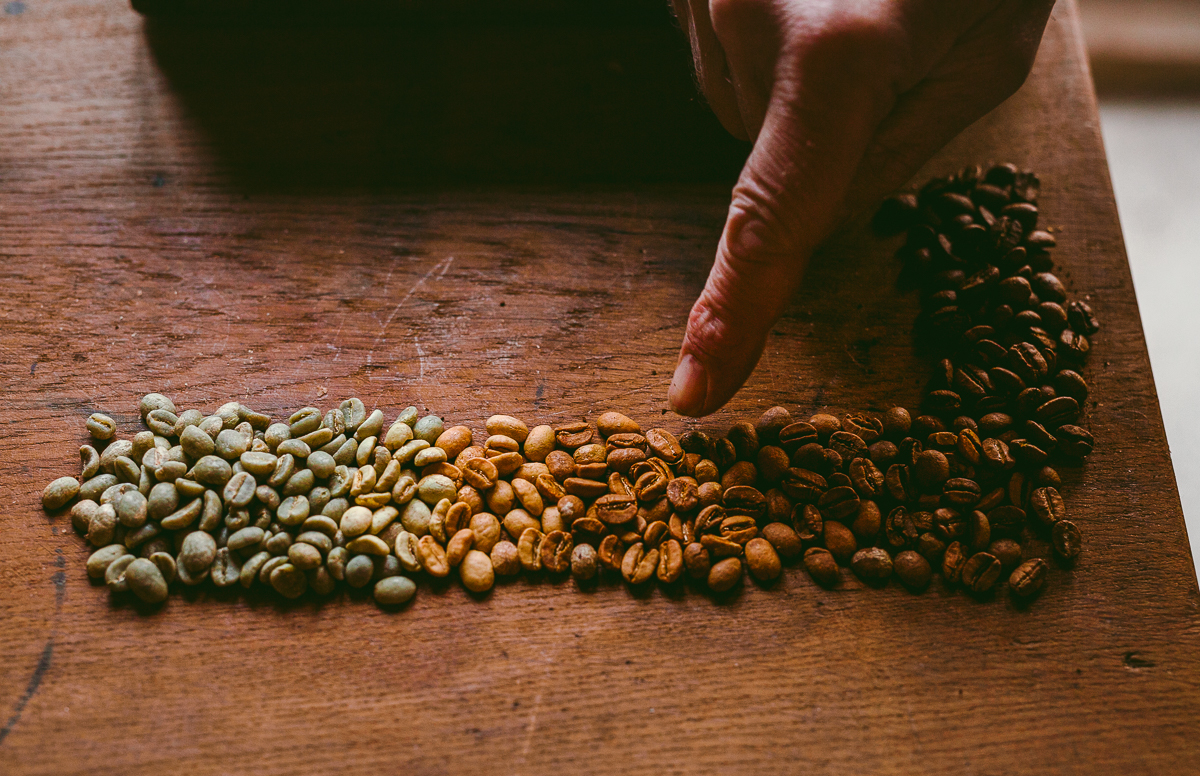 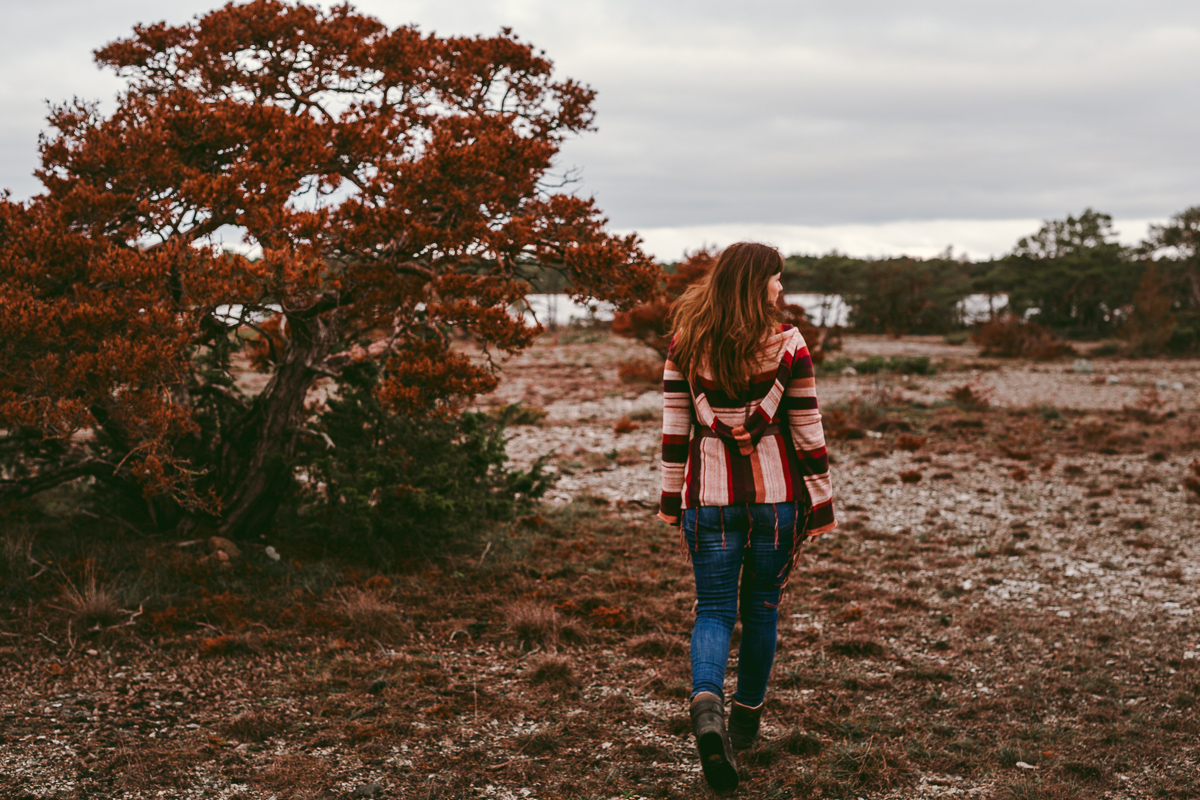 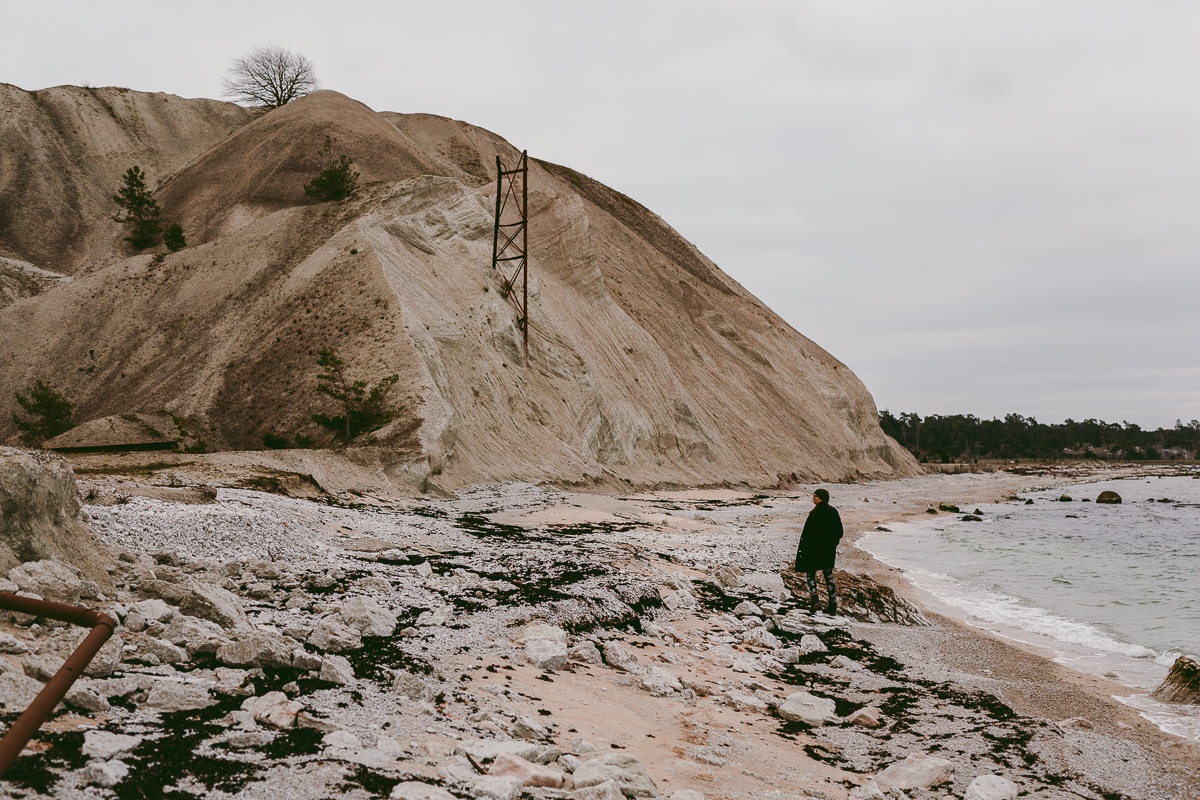 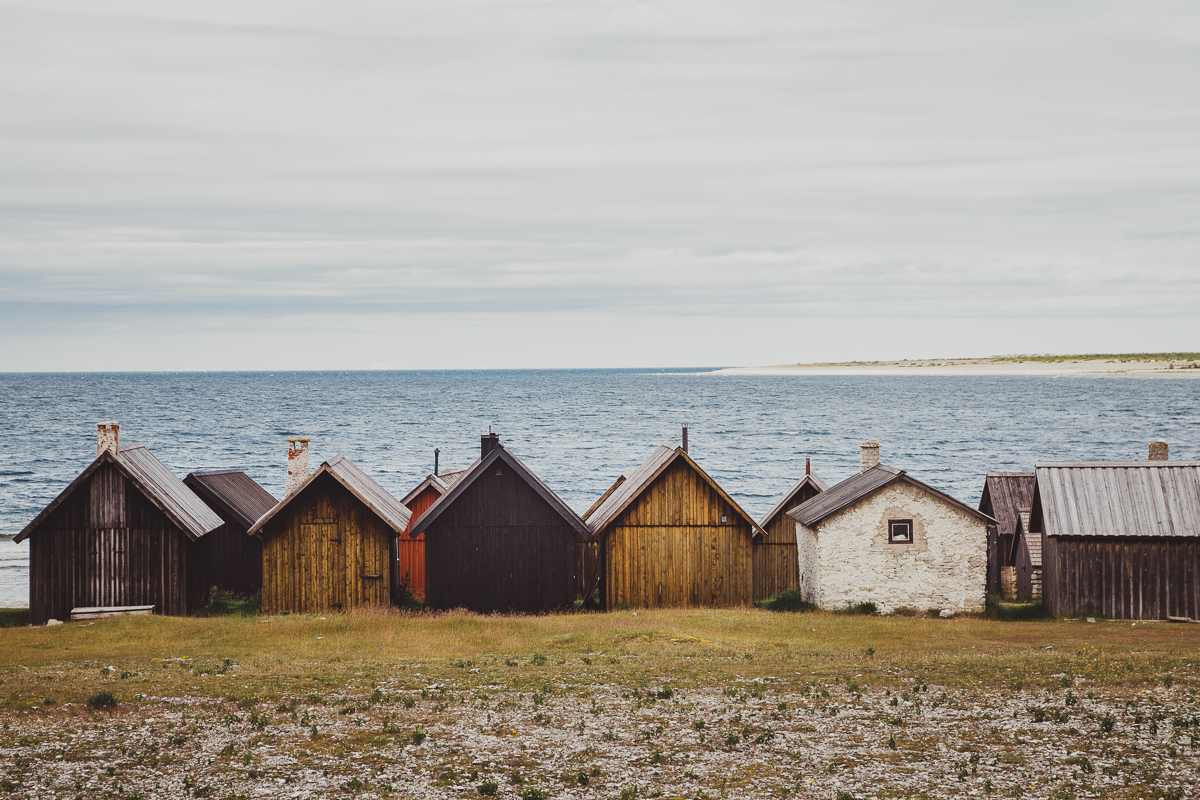 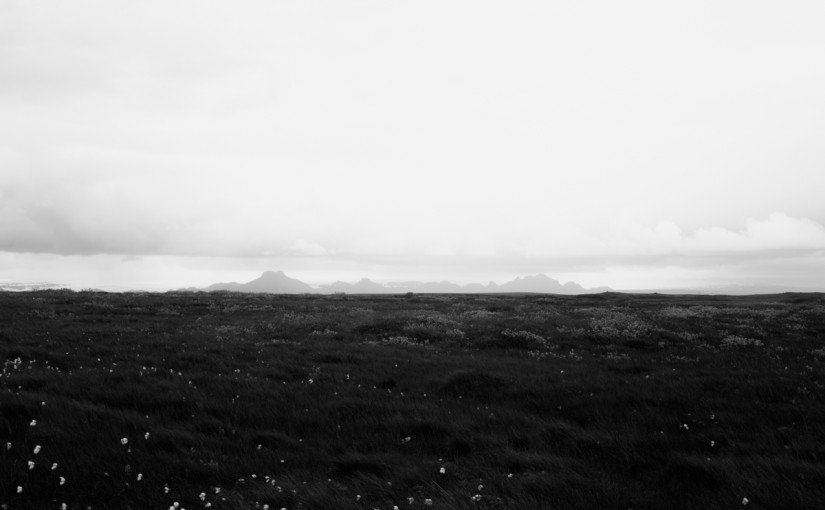 What we believe to be romantic is individual. For one person a romantic setting or destination could be the white beaches in Asia, flowers and gold and for another it is the backyard of his or hers summer cabin. We all though share the capability to inspire each other and share our own favourite places is one way to share inspiration. In this post you will tag along to my top 3 (and a newcomer in the end) romantic travel destinations, to inspire you to go see them and see if you share my fascination for these places. Iceland The dramatic landscape of Iceland must be the most dark and romantic setting I have ever encountered.This is my most recent destination and I will never forget the magic black sand of the lava beaches, the perfect setting for wedding photography. Anyone who wants to go and get married there? It is so magnificent that it is worth all the extra penny´s it will draw from your wedding budget. I guess that this is also the only minus … 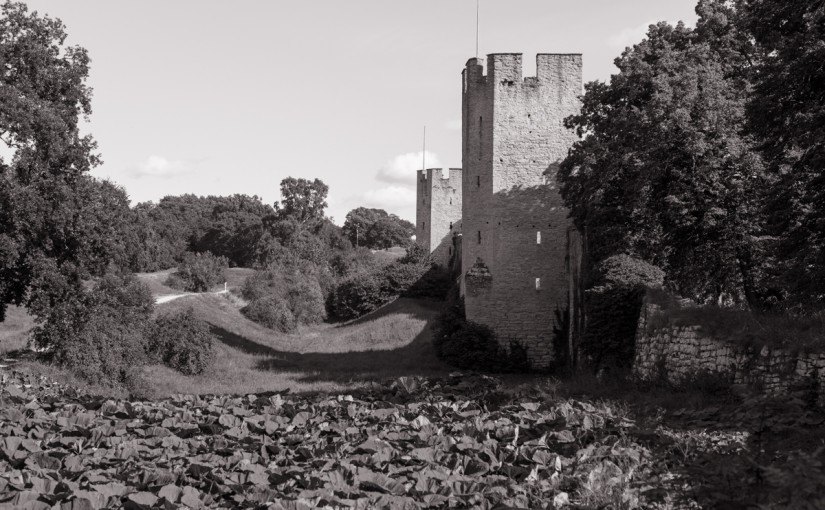 Yesterday mum and I hoped on the ferry in Oskarshamn and headed for Gotland and the medieval week. The weather suddenly was better after all weeks of rain the sun was shining early in the morning. A coffee and some sleep later the ferry arrives in the Visby harbour and mother and I get off and walk to the hotel Slottsbacken where we are staying. We head for some lunch and eat meze and drink a beer in the sun after quickly leaving our package in our room. Happiness is in the air around town and we walk along the ocean and check out the place where the medieval market is built. The alleys and streets of Visby is something special and I smile when I see roses clinging to the sides of the houses. Katarina All photos  by me except the photo where I am walking along the Visby wall which was shot by my mother. Shot with Canon 5D Mark iii, Sigma 50 mm Art lens 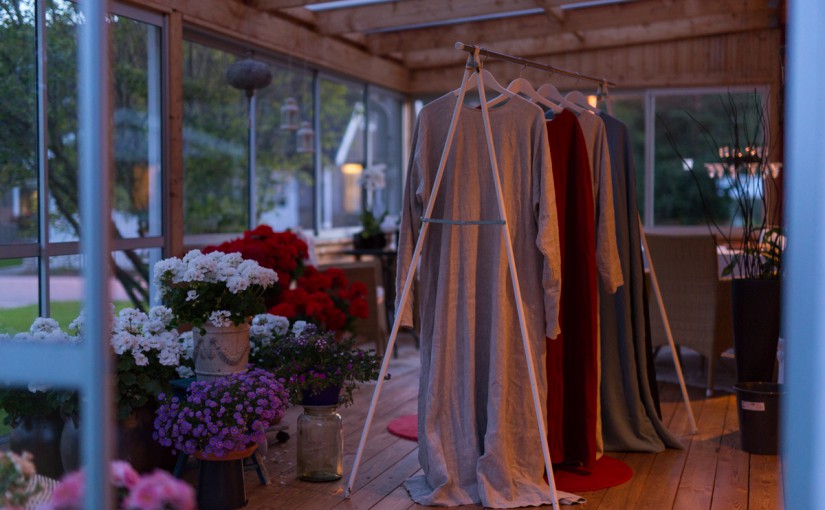 Now it is finally here! Medeltidsveckan / medieval week on Gotland is starting tomorrow. Right after work I hoped on the train to Linköping, a post about that will be up tomorrow since I have a tip about train travel for the summer, and now I am home at my familes place in Gullringen. In only brought my Canon 5D now and I don´t regret that. Even though I love my little compact I love the bigger one more and it has spent far to much time in the bag since I moved to Stockholm. Well at home I took a shower and unpacked the medieval garments for me and my mother, a dress in linnen and a robe for the night, mine in red and mothers in ice blue. Now off to bed and sleep for some hours before heading for the ferry at seven or eight in the morning. Katarina 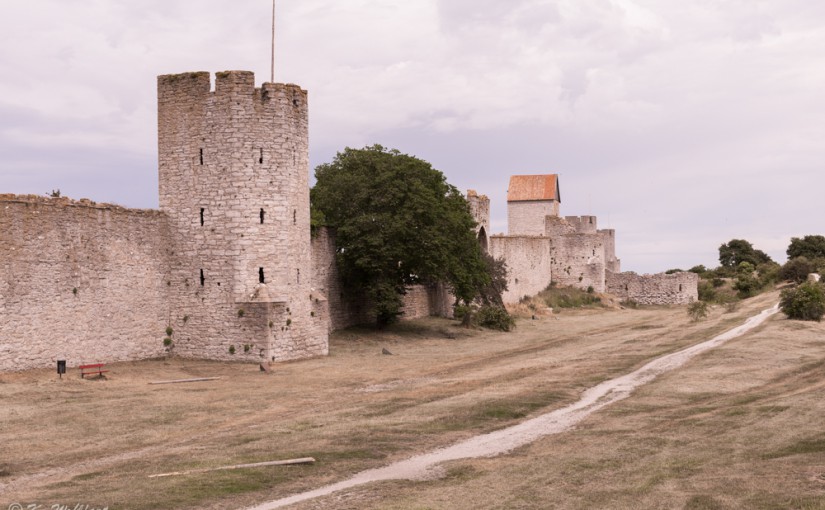 Hard to guess what me and my mother booked this weekend? Right? Another spot on our travel-list is the medieval week on Gotland this year. I so long for that event. Have been planning it since I last where on Gotland for the first time this summer. The Medieval times are so mysterious and I feel so exited to go, hear fairytales, watch tournaments and have medieval food. It is probably not especially good but the feeling walking around the great wall of Visby in medieval clothes and hear the music. This is going to be one of the highlights of the summer. You find more of my writing about Gotland and Visby in particular in these two posts-  ”Gotland: The Hanseatic town of Visby and the north” and ”Gotland, Fridhem, Högklint and Visby”. Katarina The photos where shot last summer when my and my mother where on Gotland and walked around the wall and through Visby. Shot with my Canon 5D Mark iii and my Canon 50mm ii f.1.8 lens. 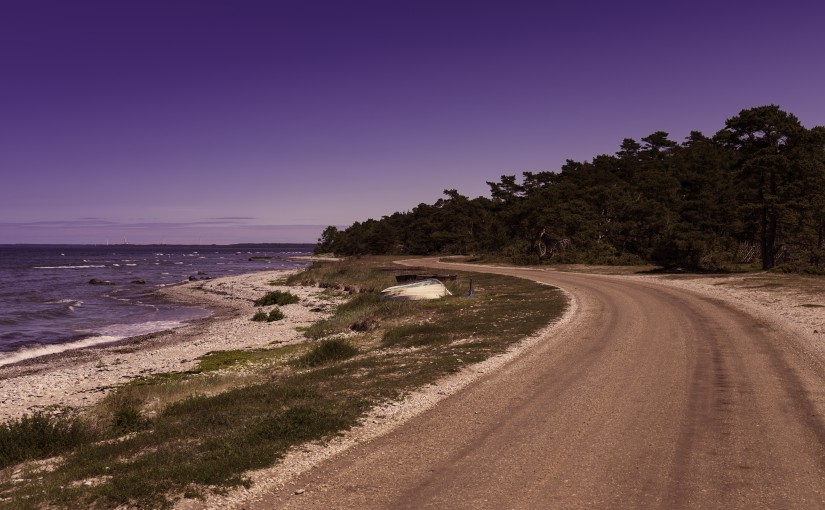 My travelplans for this year is grand. I am aiming for spending all vacation time on travels, also all my money (laugh). Yeah, traveling is expensive, and sorry to say, still very environmental unfriendly. Yesterday night I booked a trip to Iceland in August with Emelie Ohlson, a photographer from Sweden who arranges workshops- specialised in weddingphotography. The trip is booked for 12-16 augusti and I got one of four golden spots. It is a four day long program of shooting photographs in the beautiful landscape os Iceland. I am so exited. Check out the blog of Emelie Ohlson to see picture from her last year workshop there. In the post Årsresumé 2014 she shows her photo of the year and it is from Iceland. On of my favorite photos must be this one of Ekstakusten on Gotland. If anyone want a bridal photo from here, riding a vintage car with wind in their hair and wedding dress I am so all yours. Katarina Canon 5D Mark iii, 24-105 mm Canon lens. 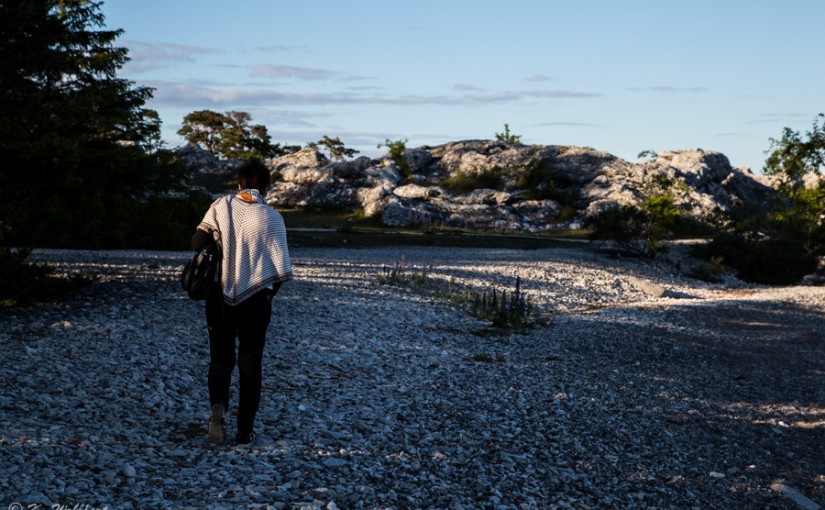 Yesterday me and my mother ordered the plane tickets for our trip to France in October. Today I´m trying to find a suitable hotel. Follow a lot of travel blogs and they always write that it is so amazing to book and browse new trips. I must say that I disagree. I browse through reading other blogs but then booking them, not so much fun anymore. Dreaming is fun. Practical planning not as much. Will get back to this tomorrow and look at my latest addiction, Teen Wolf. enjoy some pics from Gotland, me and my moms last trip. Katarina 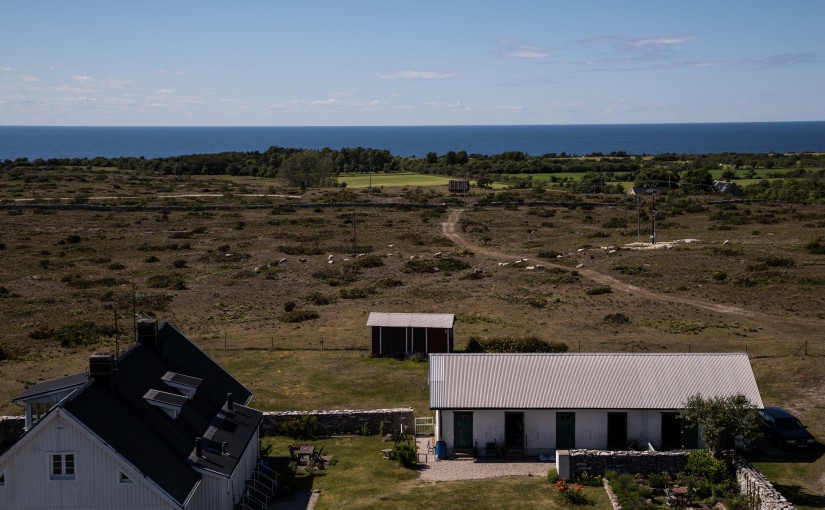 Participating in another of Cee´s Foto Challenge as my entry for this week is picture of the landscape in Gotland. I might add that I love this island. The photos is of flowers, the country side and the ocean (peaking out to see the end of the world on the horizon). Katarina Canon 5D Mark iii, 24-105 mm Canon lens, lightroom. 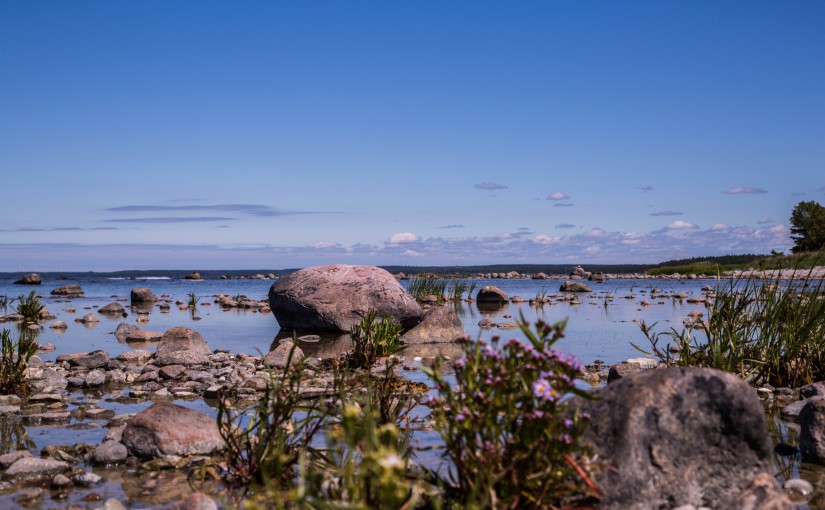 Don´t have any energy to write today, instead I put some extra into editing some of my favorite photos from Gotland never published before. Katarina Canon 5D Mark iii, 24-105 mm Canon lens, lightroom. 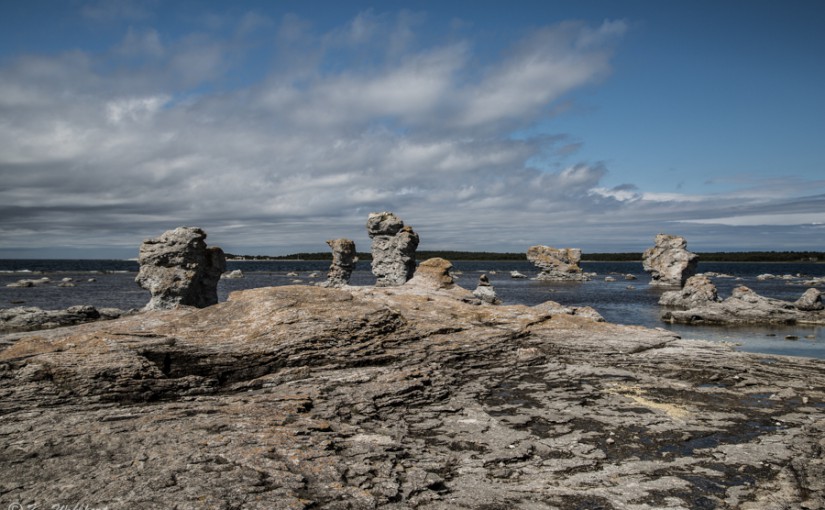 Found a interesting blogging concept of Instagram Travel Thursday on Skimbaco Lifestyle and was thinking that I should try it out for my travel readers out there. Maybe you can join as well? The concept  is called Instagram travel thursday and is basically about writing a story and adding instagram photos, which I will. What about a sum up from my travels on Gotland through some instagram photos? Some photos where added on the blog, but some where not. For you foreigners who doesn´t know of Gotland, it is one of the magic places in Sweden, worth visiting with a 13th century medieval Hanseatic town called Visby (which is on the World Heritage List) as one of the highlights on the trip. Photos taken with Canon 5D Mark iii and my two lenses as well as my iPhone/iPad.   ”waiting for the ferry on the way to #Gotland with mum. Nice and sunny for a boat ride. #iphone #photoshopexpress #oskarshamn” View this post on Instagram A post shared by Äntligen vilse (@antligenvilse)   To get …

I look relaxed don´t I? Katarina  Photo taken with Canon 5D Mark iii by my mom and edited by me in Lightroom. 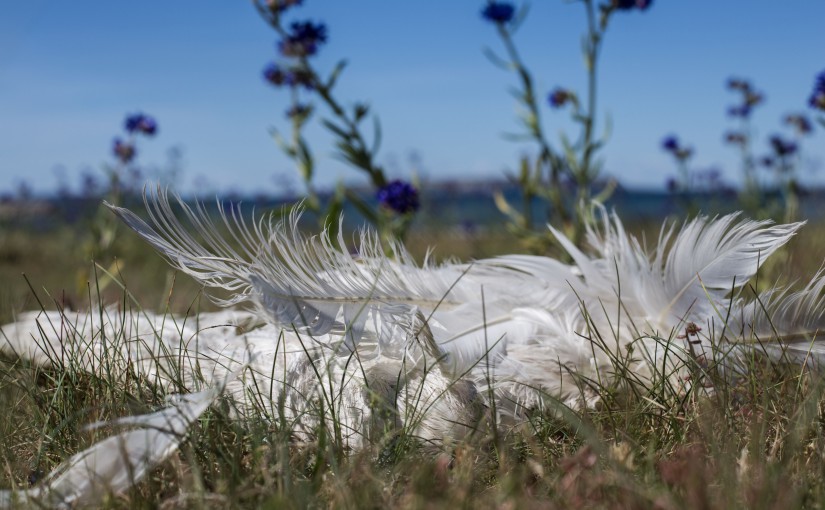 I decided (at this moment) to write something about Gotland and if it is a great place traveling in the view of someone who wants to travel sustainable. The answer is yes, but lets talk about it a little. At the moment me and my mother is in the hotel, drinking the cheapest wine we could find (since we barely can afford to eat due to the expensive place of Gotland). This is of course a negative thing, both from a traveler perspective but also in the eyes of the sustainable traveler. Going to Gotland you can go by ferry, which is a more sustainable alternative than traveling by airplane. I think that all, well, maybe all agree on this. But being so expensive, that is when something happens. ”And what is that”, you might ask yourself. Well yes, a big group of people can´t afford to travel to Gotland anymore and will then chose the more cheaper alternative of the low price flights and the high cost of environmental degredation. To sum up a … 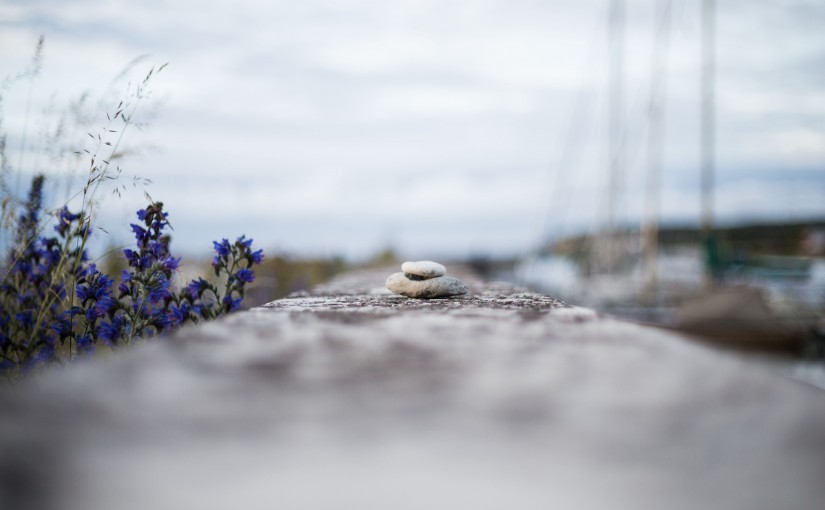 A city tour in Visby. Visiting different parts of Visby during the day, Almedalen (where they have the yearly politic week in Sweden), the old pharmacy, the main square and other. In the evening mother and I also found time for the forest of the north, the coast and also some raukar. Amazing facts learned during city tour: 1. Buildings in Visby are from the 13th century and people live in them! They have had some problems with insurance companies who don´t believe them when telling the age of the living. 2. Visby was a transhipment port during the hanseatic time. 3. Visby suffered alot from digerdöden (think it is called the black pest or something like that) where half the population or as much as two third died. 4. Gotland used to be Danish for some time but was reclaimed by Swedes later. 5. Almost all churches are catholic churches and there is about one hundered. Almost all are medieval and from the 13th century. The church of Fårö is not. Katarina Canon 5D … 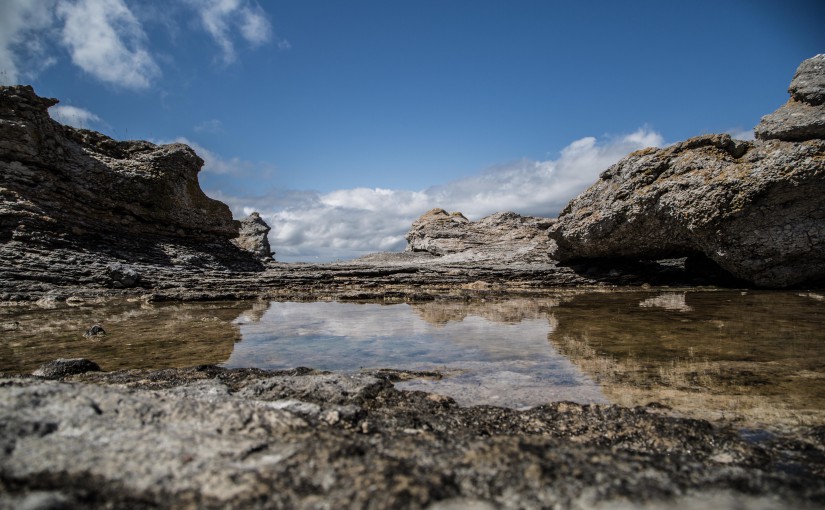 Me and my mother went to Fårö today doin some pop-culture tourism. For you who doesn´t know the concept it is when the vaccation is about traveling to the sites where stories are told, like films and books. In the case of Gotland, many stories have been told and Fårö an island to the north, where the home of Ingmar Bergman for many years, one of Swedens most well known directors. We drove around Fårö visiting Bergman center, the church on Fårö where the director also is buried and also Bergman center, where we had a coffee and looked at the exhibitions. The name of the sites we visited is (in order shown in pictures) Fårö church, Bergman center, Gamle hamn, Lauter, Digerhuvud, Helgumannen, Langhammars, Fårö fyr and Engelska kolerakyrkogården (the English kolera-graveyard). Katarina Canon 5D Mark iii, 24-105 mm Canon lens, lightroom. 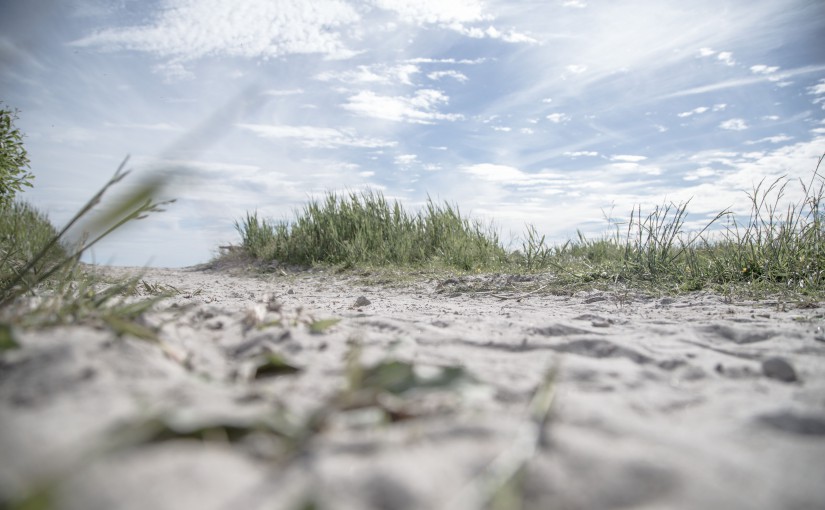