It feels a bit odd, walking into a cemetery in France, as a tourist taking photos. But figured after being in both Sacre Couer as well as Notre Dame, if the church can take advantage of tourist than it is okay to take photos in both churches and in peaceful places as cemetaries. Come to think about it, if it was me lying there I would be glad if someone took photos of my gravestone.

I love churches, but after visiting two cemeteries in Paris I think I have to extend the concept to including cemeteries as well. What a peaceful and lovely place, at some points messy, but mostly just a gorgeous mess of leaves and old gravestones, some taken care of and some don´t.

When in Montmartre we visited the graveyard there. It is the third biggest in Paris after the Pére Lachaise and Montparnasse cemetaries.   Checking up some info it tells me that it dates back early 19th century (1825 to be exact) and is an old abondend gypsy area, started due to the fact that beforehand the Parisians where digging down there corpses in Paris, causing a health and space issue. After deciding to move the cemeteries out of Paris, Montemarte was created. Of course today, all three lies within the city of Paris. 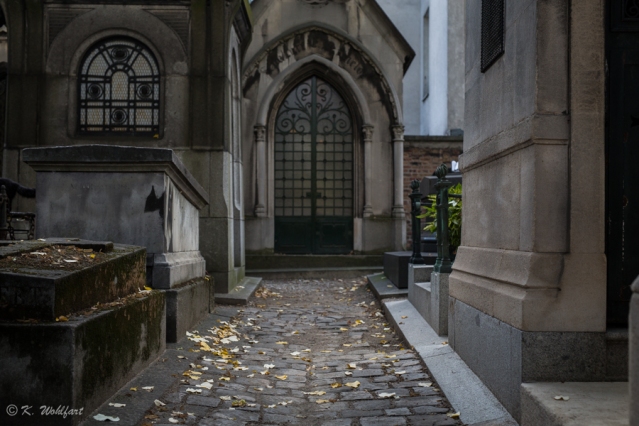 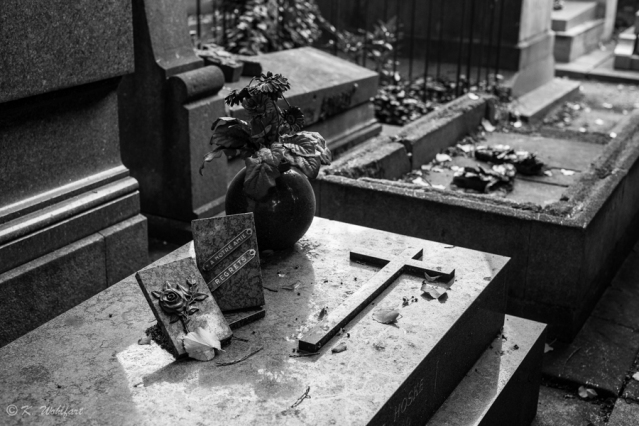 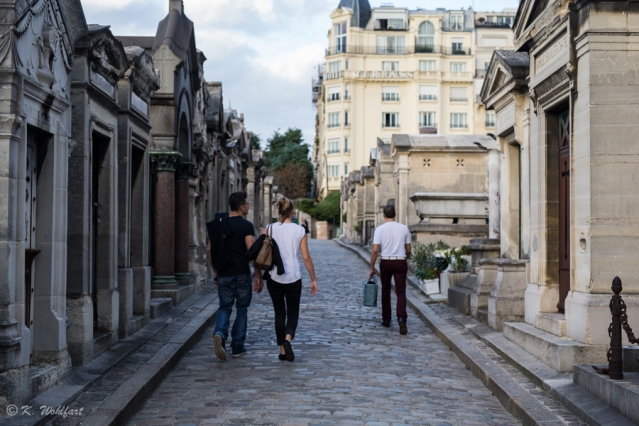 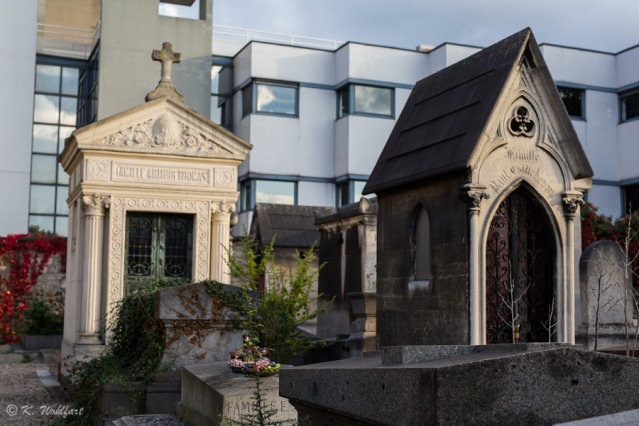 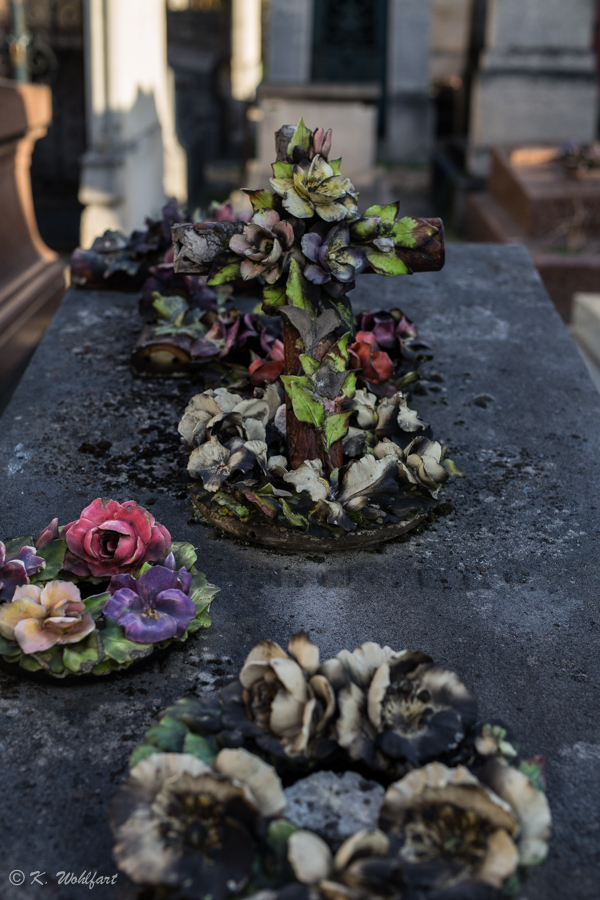 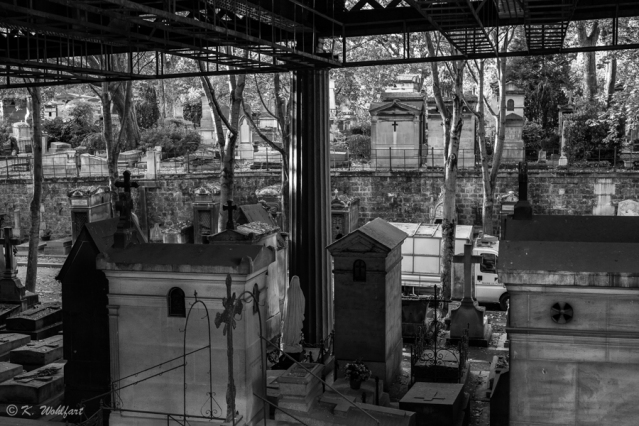 There is a special atmosphere in the cemeteries. It might be the weird stones, but it almost might be due to the number of celebrities that are burried in them. In Montmartre many artists is burried, we didn´t visit any in particular here, but after checking up I found out that Alexander Dumas, son of the known writer Alexander Dumas (The count of Monte Cristo, the Three Musketeers) lies buried here as well as Léon Foucault and Emilé Zola (the grave still stands after Zola was moved in 1908).

Pére Lachaise is probably the most famous due to that it holds Jim Morrison. We spotted three other celebrities when there and took the cumpulsory photograph, in no specific order; Chopin (composer), Oscar Wilde (writer) and Marcel Marcaeu (French actor). 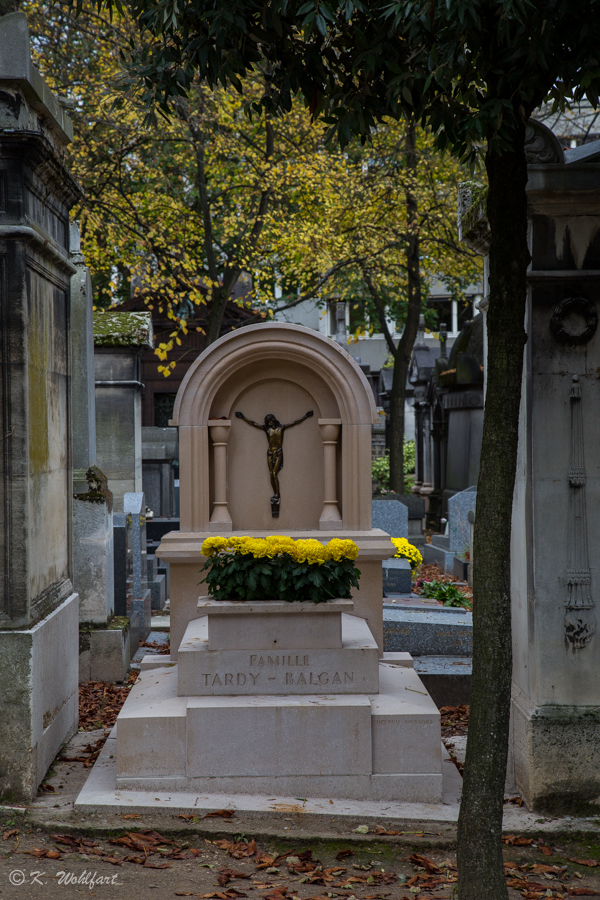 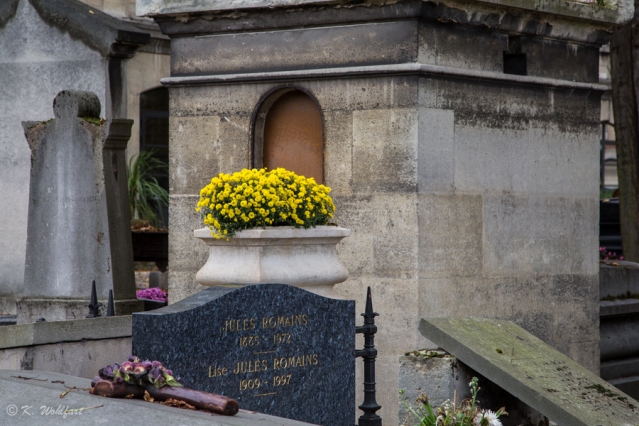 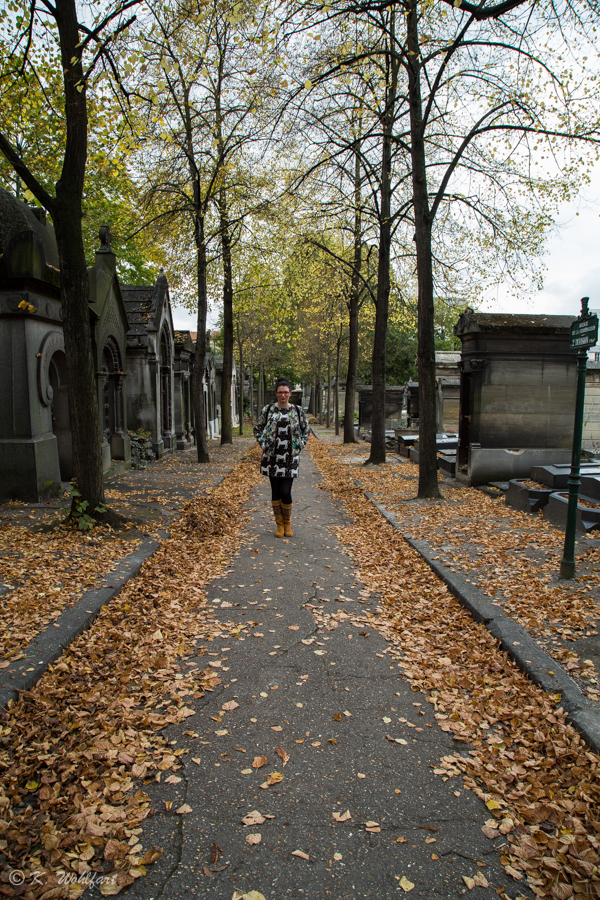 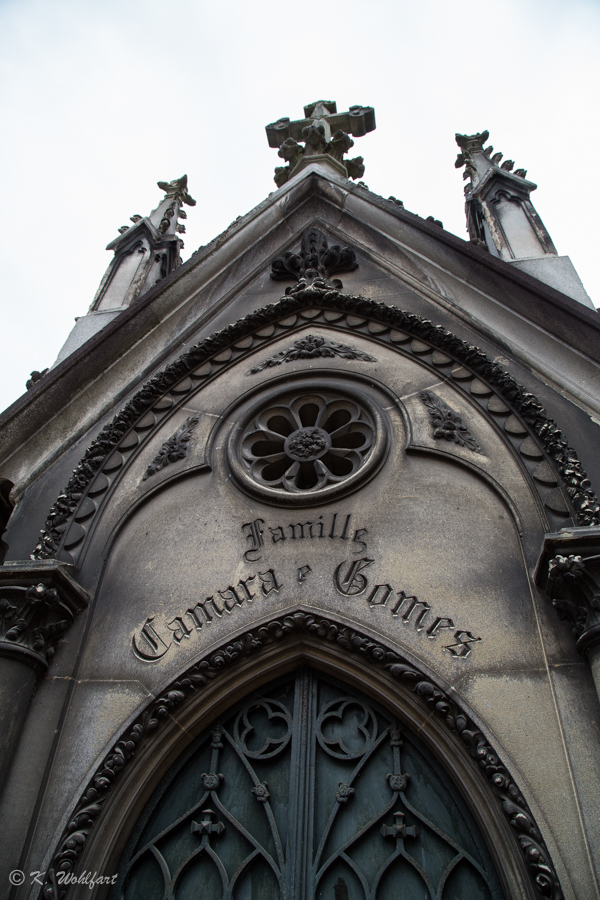 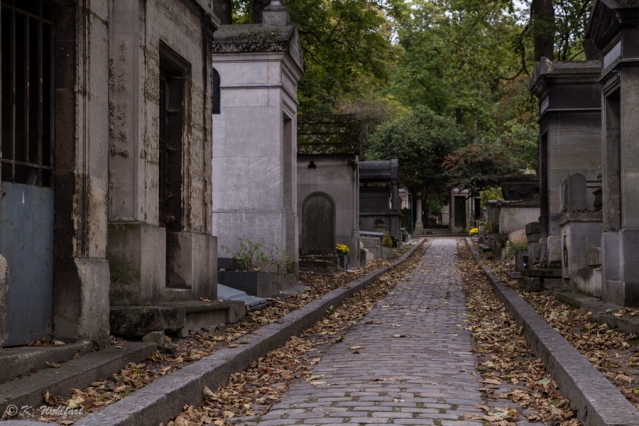 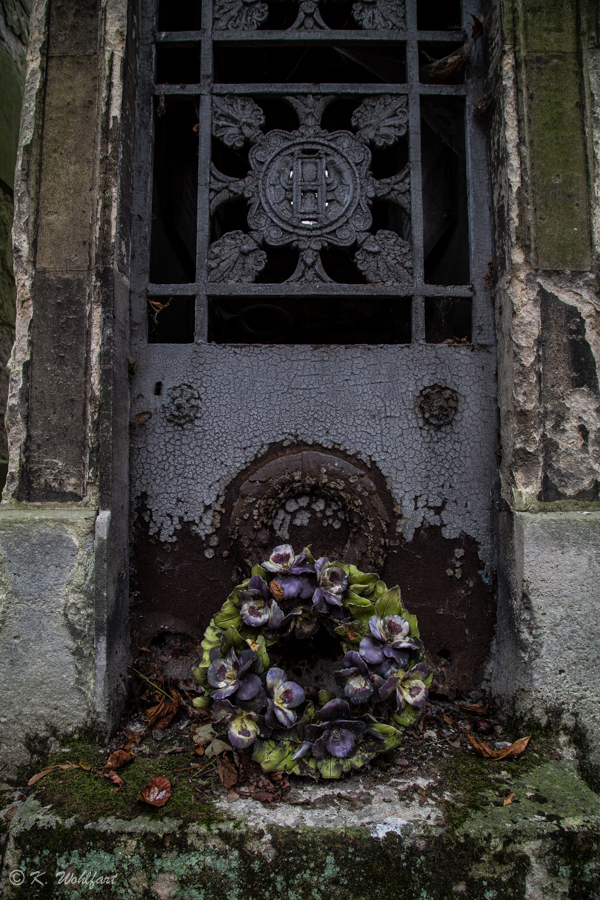 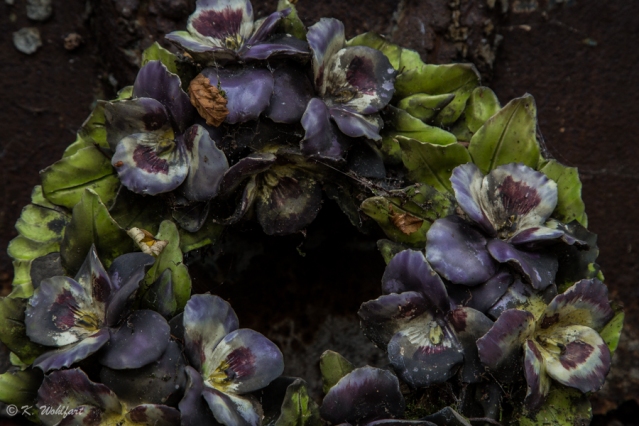 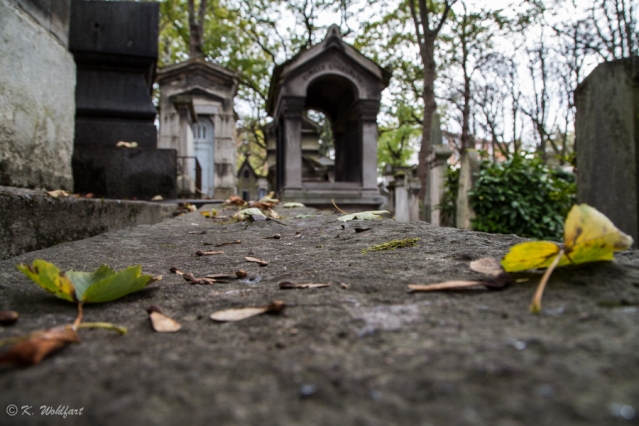 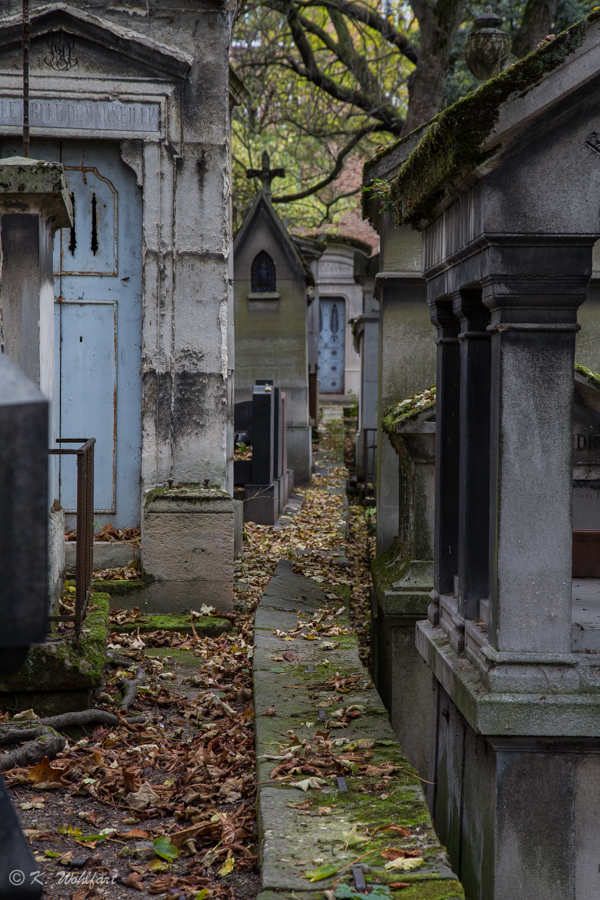 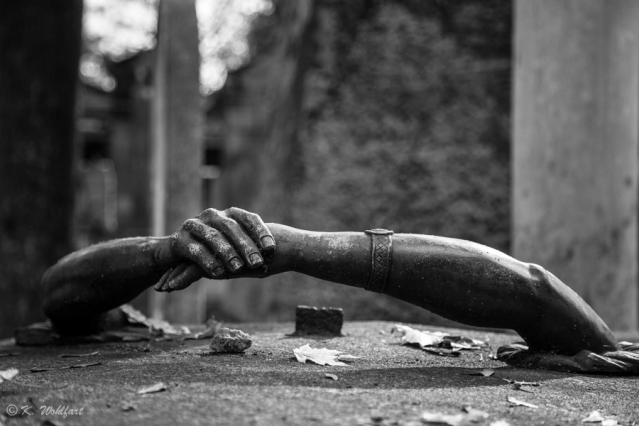 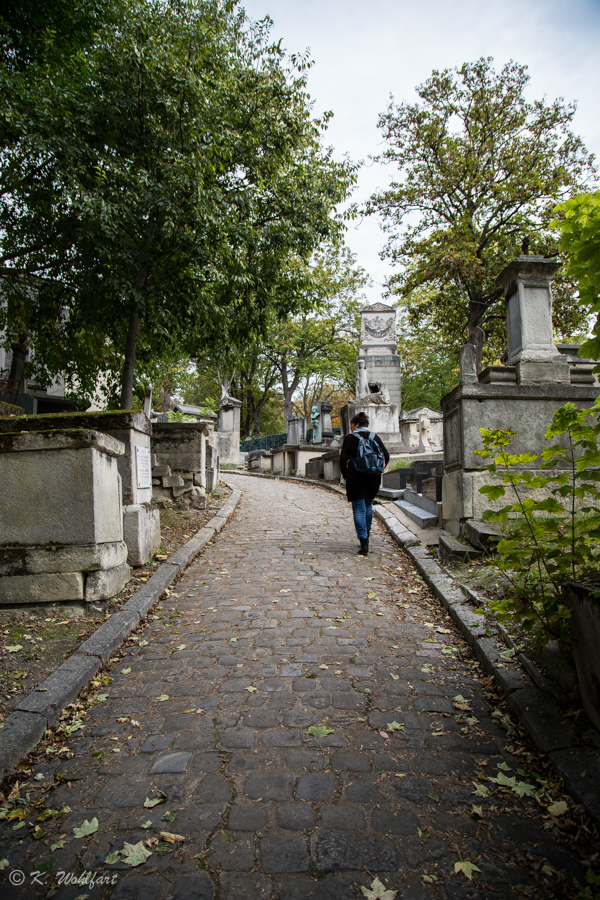 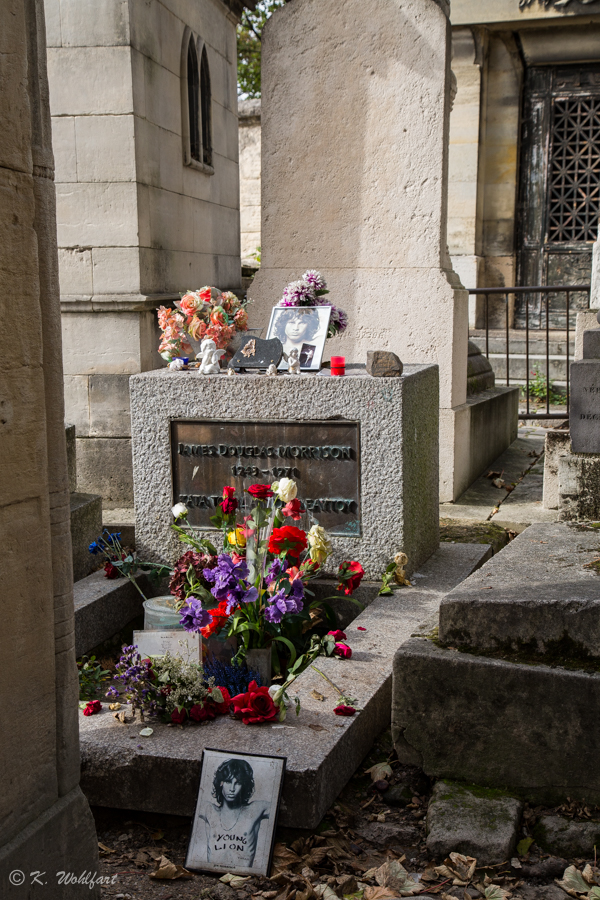 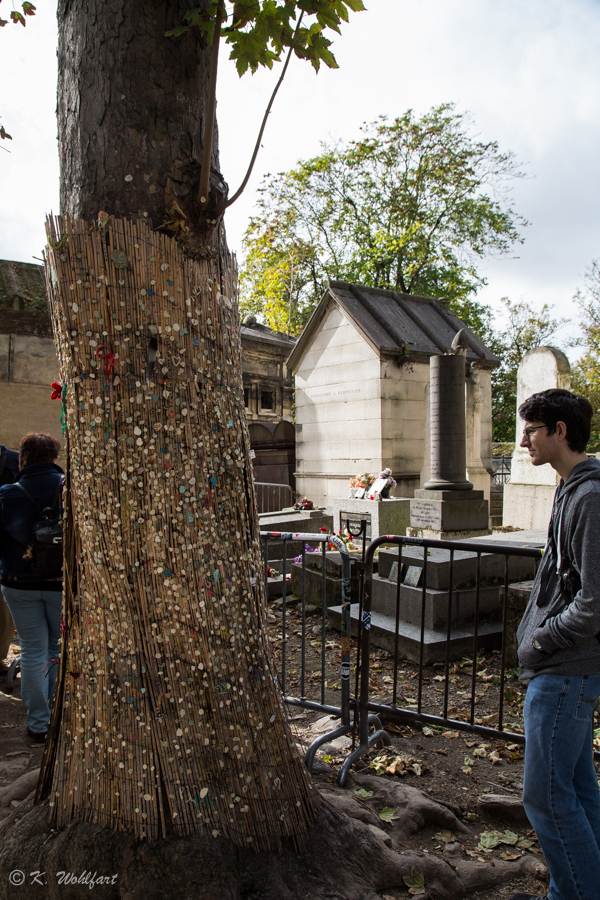 Jim Morrisons grave was a spectacle of it´s own with a three entirely covered in old chewing gums. How odd one might think but probably just one way to show your respect. Jim Morrison died  a long time ago (1971) but the grave holds what is a feeling of a newly burried young person. Well, Jim died 27 years of age, probably due do some sort of addiction, either alcohol or heroin. 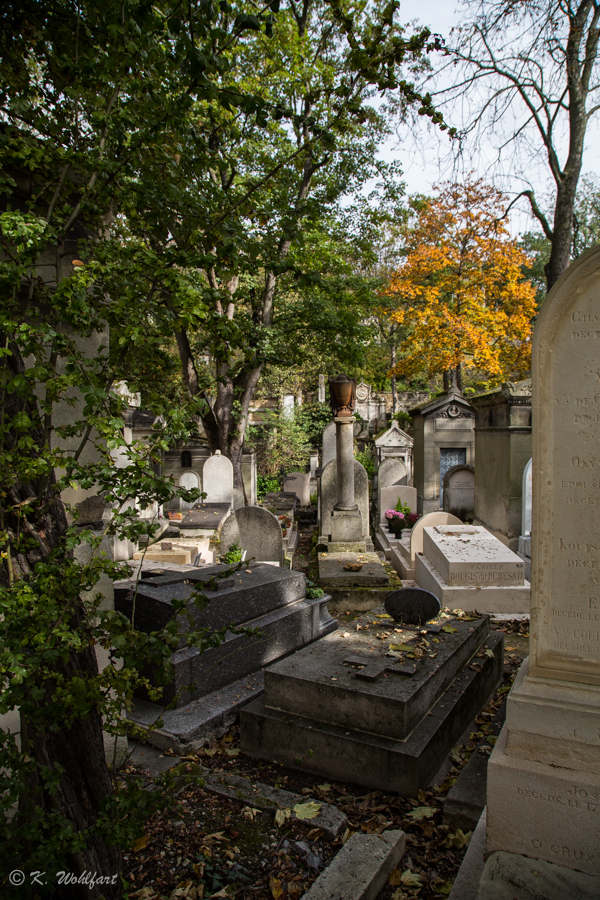 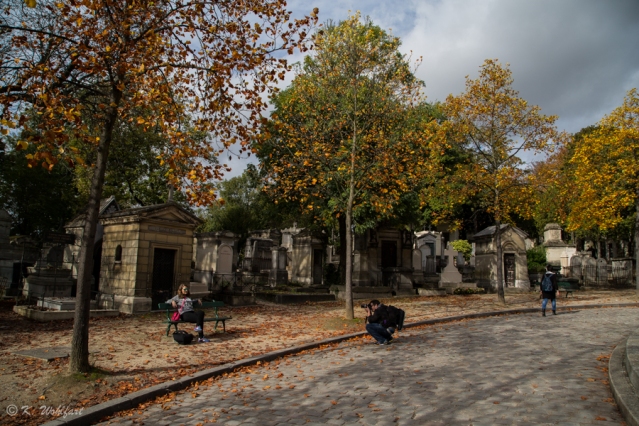 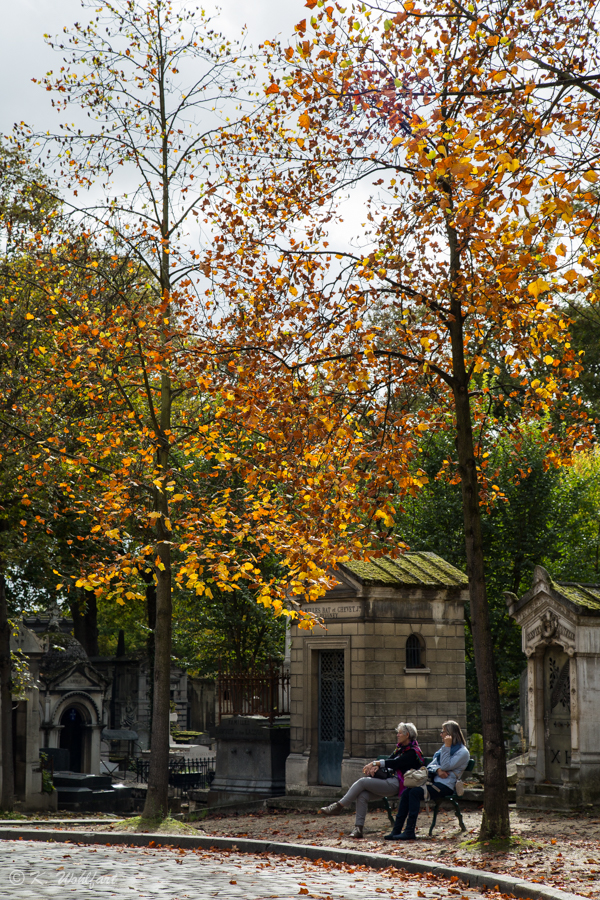 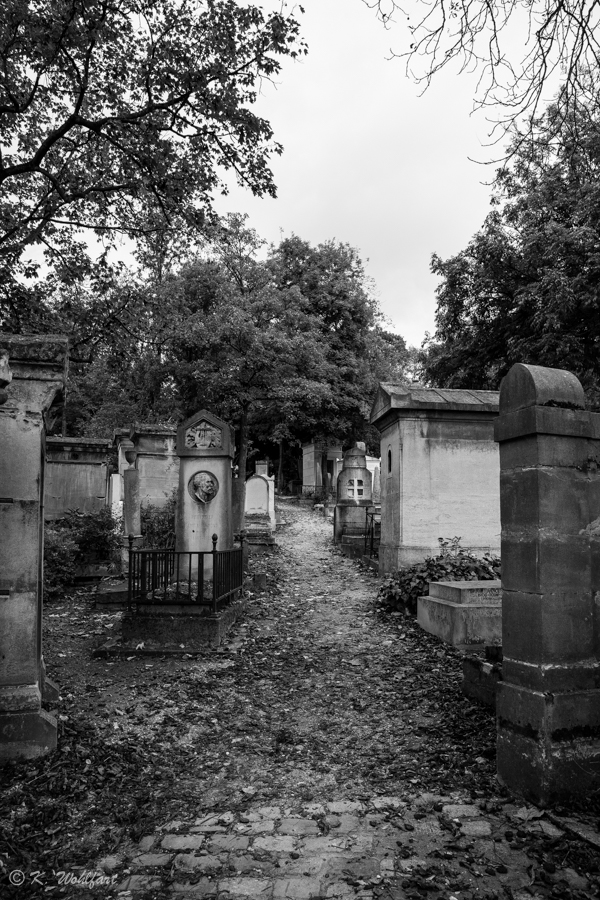 Choping, a composer, died 39 years of age in 1849. It is interesting to see, how people still visit his grave as a true modern celebrity bringing flowers and candles.

Funny facts about Chopin is that he was born in Poland and all compositions include Piano. He suffered from poor health throughout his life and according to some writer of the wikipedia media, probably died of TBC. Good that I am vaccinated. 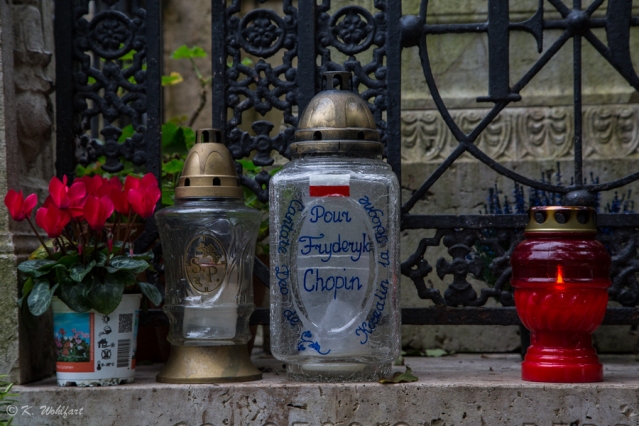 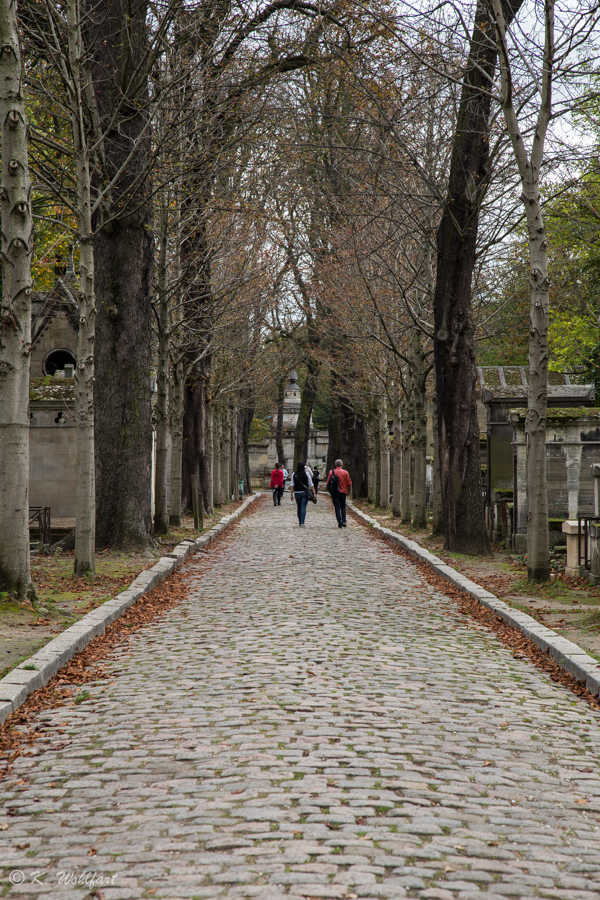 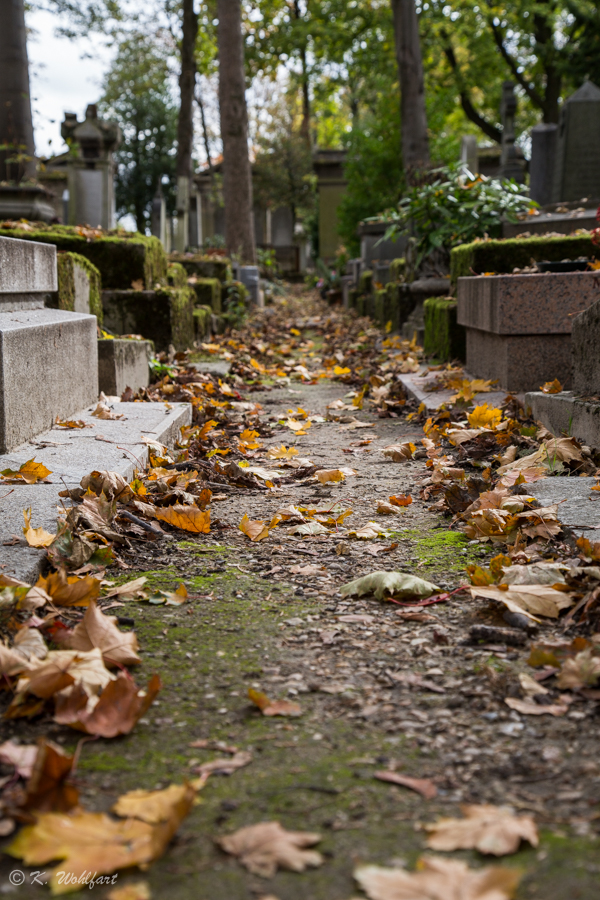 All the celebrities is certainly celebrated after death, but howabout getting kissed everyday even after death?

If your where born as Oscar Wilde you will be kissed even dead. Oscar was a Irish writer who died 1900. He was during his life imprisoned for gross indecency with other men. Today he is a gay icon.

Canon 5D Mark iii, 50mm Sigma lens f1.4 Art- series. Editing done in Lightroom and facts found on a diverse range of internetpages as Wikipedia and official sites as well as my own observation when in the graveyards.

More written about Paris on my behalf- My photoguide to Paris and Hotel Eldorado- Paris. 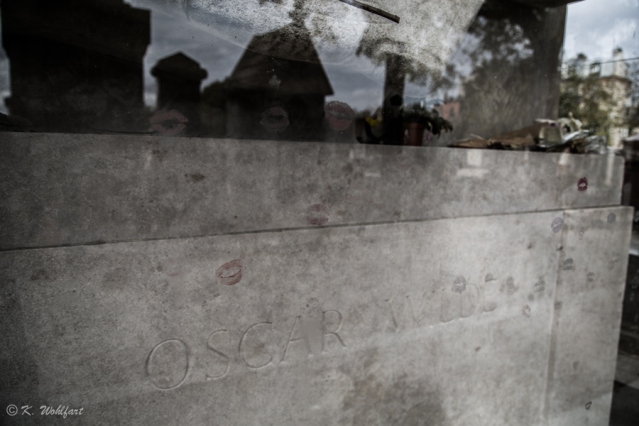 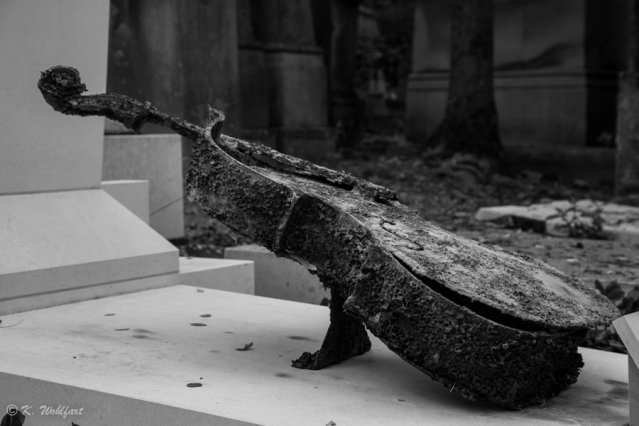 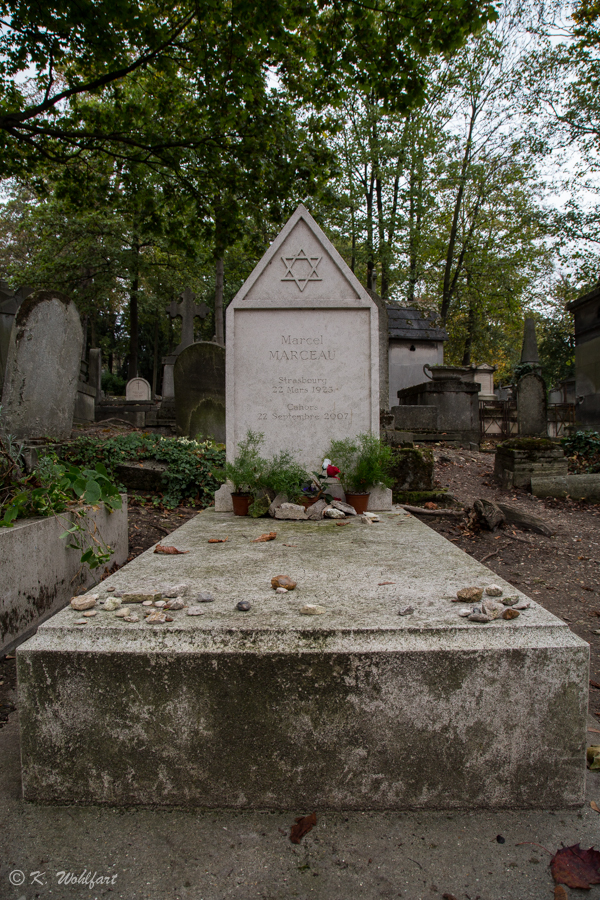