Ever seen the film Amelie from Montemarte? Now is the time.

I´ve heard that Montemarte is cosy and ”French”, but we headed for Montemarte to see the church Sacre Coeur, one of the top ten turist attractions in Paris. On the way, we passed the Cementiere de Montemarte, the graveyard of Montemarte.

How to get to Montemarte

During out stay we have been at the Hotel Eldorade on the street Rue de Dames, from Rue de Dames we walked down do Place de Clichy (this is a square that have both metro and bus) and just up the hill/street from there. There is signs, saying Sacre Couer all over the place. They are just a bit hard to find sometimes so asking is preferable instead of walking in the wrong direction as my mother and I tend to do.

Walking from Place de Clichy and up the street takes you by the cementary of Montemarte which is well worth a visit. The Paris cementaries is very different. They feel french in an uber-french way, so French that if placed anywhere else, everyone would look at each-other thinking ”what a ugly place”. But in France it has the opposite effect.

Passing the above bridge, you see the cementary to the right. We entered the cementery, about 200 m from Place the clichy, not from this bridge. You pass this bridge on the way to Montemarte/ Sacre Couer. When passing the bridge you turn the first right and then begins an endless rise upwards where you get the famous ”turist-excersize”.

On the way to Sacre Couer you pass many touristshops as well as restaurants and fastfood stands with crepes, my personal favorite. 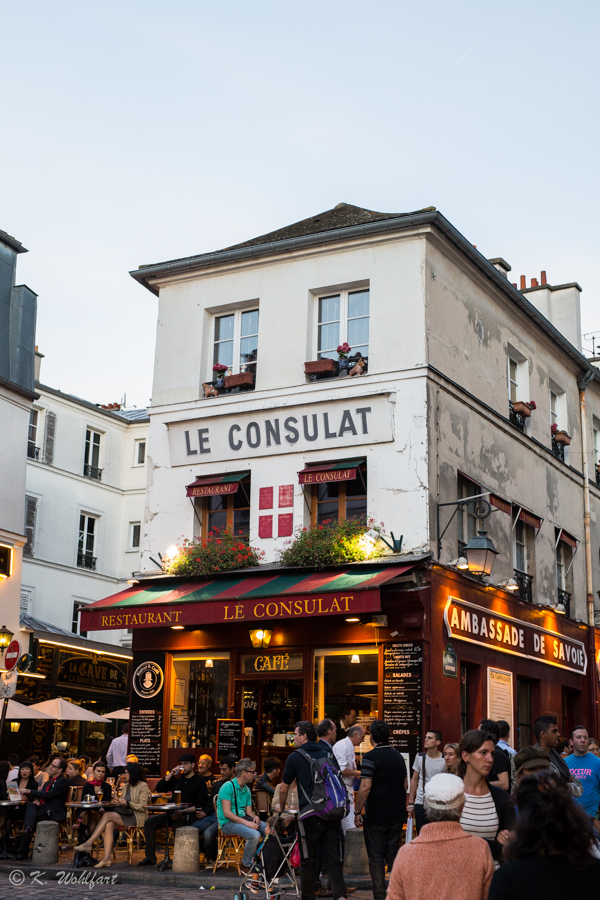 If you get to choose, the view alone is worth visiting Montmartre. Like a little alp village it rises above the rest of Paris. You get to enjoy both cosy little streets and a spectacular view at the same time. Some times I am glad that I have the camera due to the fact that it gives me reason to stop. Pew, being a tourist in a European city gives you excersize!

On the top of a hill rises Sacre Couer. Yet again I was surprised by the amazing view. I must say that Sacre Couer kicked sweet little Notre Dames as both by the view and the interior. By Notre Dame I was chockinlgy dissapointed. Sacre Couer on the other hand was lovely but as Notre Dame it had a million visitors per second even if October seem to be a better choice.  We haven´t waited in line more than ten minutes anywhere (the Louvre, Notre Dame etc). 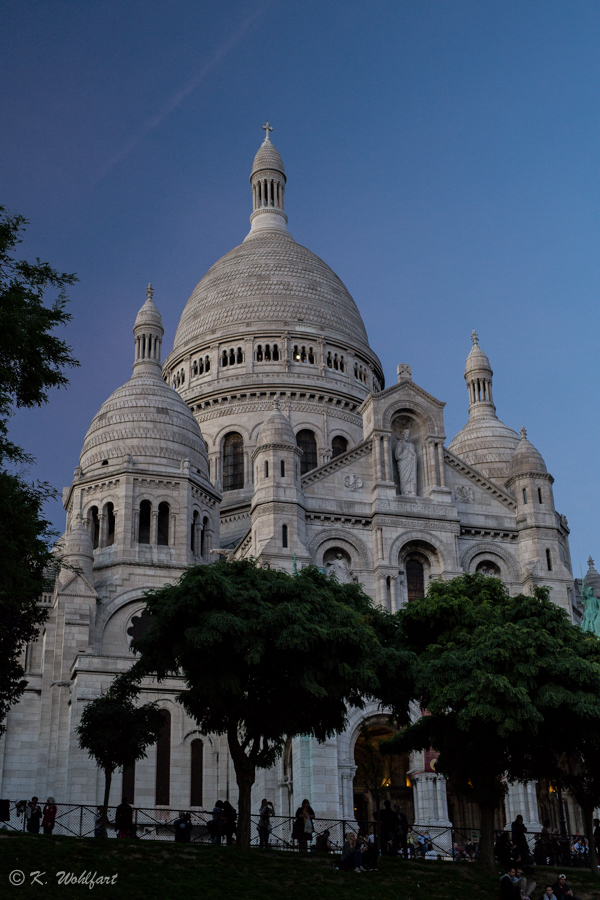 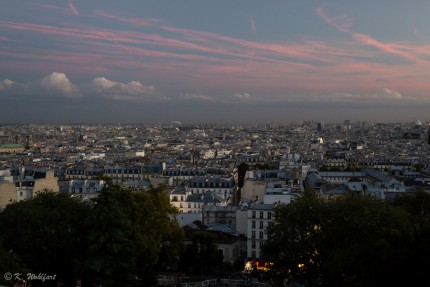 I am especially fond of churches so Sacre Couer was well worth the visit. The interior was nice and the atmosphere around the place as well. My colleague recommended to be there when the sun shine on the church, and the book that has accompanied us through our travels in Paris recommends that you arrive early morning before the tourist arrives. We arrived early evening, with numbing pain in our legs from walking miles and miles of the streets of Paris and the hills of Montmartre. That worked as well and the evening view was all worth it.

All photos are my own and taken with my Canon 5D Mark iii, 50 mm Sigma 1,4 Art lens and later edited in Lightroom

More written about Paris on my behalf- My photoguide to Paris, Hotel Eldorado- Paris and The cemetaries of Paris. 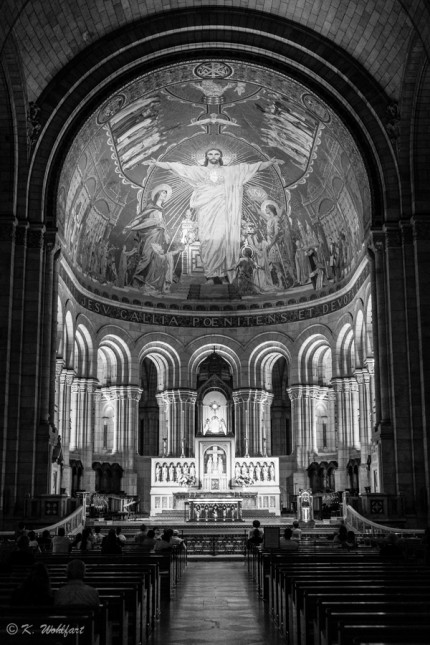 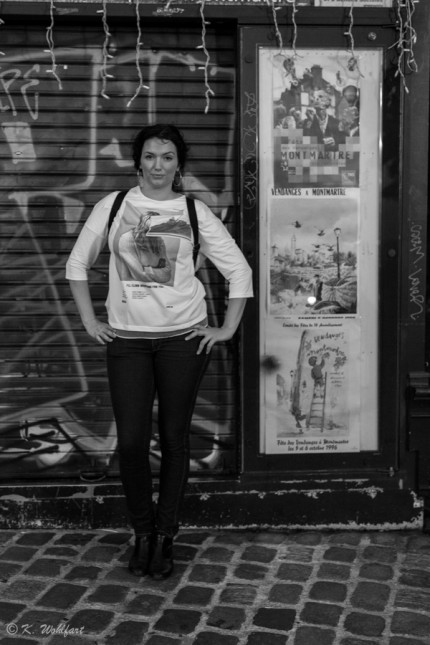