After a sweaty first half of the day on Akropolis and the Akropolis  museum we continued towards the fleemarket in Monastiraki, the old neighbourhood of Athens.

By taking the train I ment taking the local touristrain cruising the streets of Athens until stopping at a square located in the Monastiraki district. 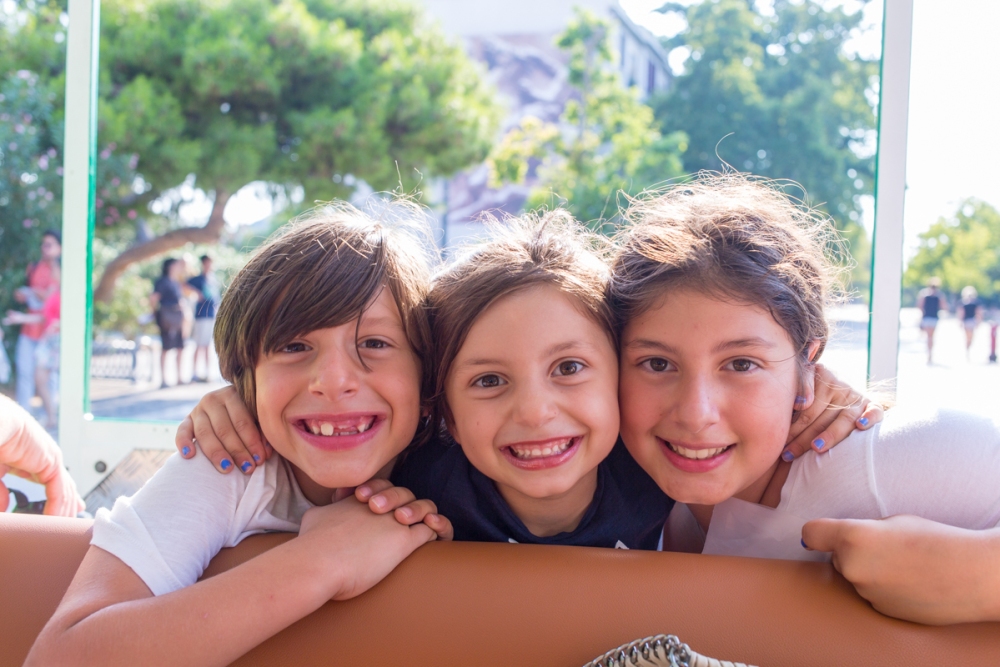 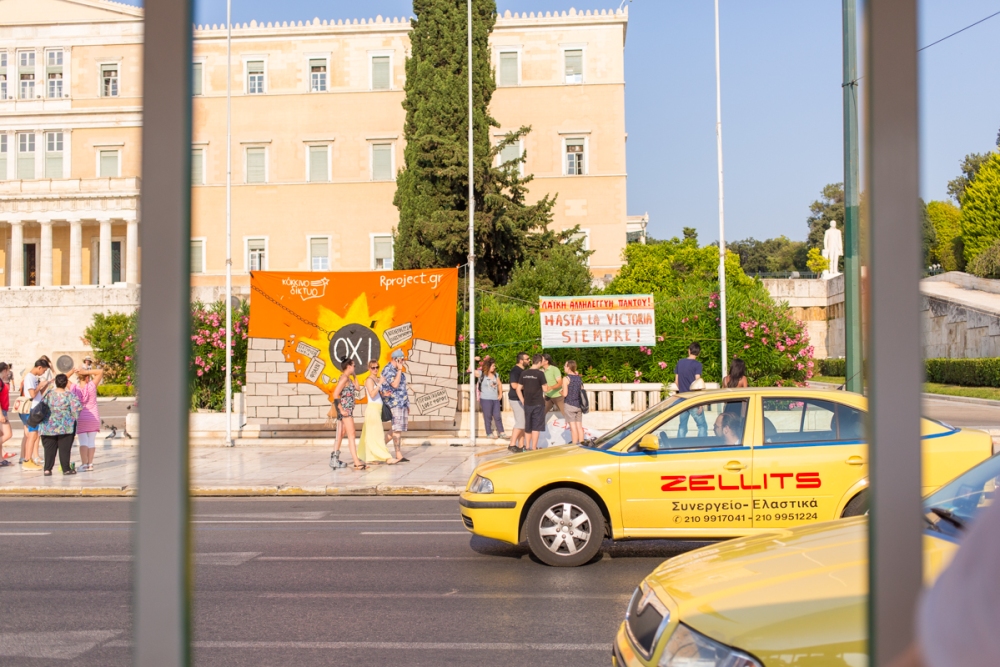 On the way in the train we passed the Greek parliament and expected at least some demonstrations due to the Greek financial circumstances. We didn´t though and that kind of surprised me. We saw one sign with the name oxi written on it, which if I understood it correctly means no. Maybe this is what is all has been about without speculating to much, saying no I mean.

Instead of finding activists we found the normal Greek salesmen and flags on the square on the other side of the parliament. 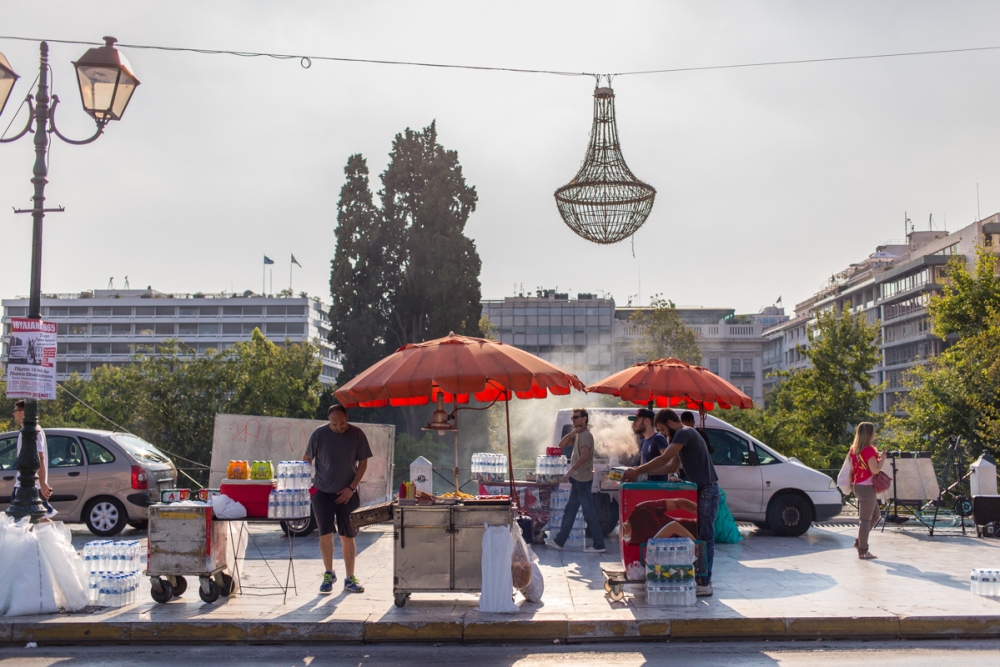 Arriving at the classic tourist streets of Monastiraki we walked and walked and bought and bought. Well, not entirely true. I didn´t buy anything, My cousins did. The shops have classic Greek stuff as olives, oliveoil and other food products, but also wood from the olive tree, dreamcatchers (one entire shop full of), bags, jewlery and more and it is accepted to bargain. 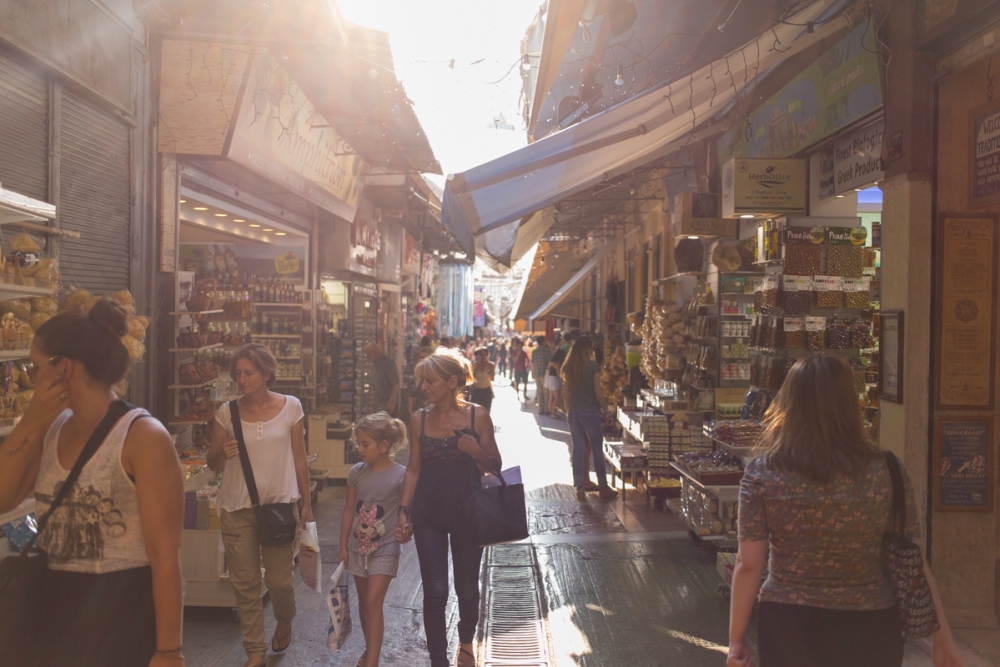 Greek bathing sponges from the Mediterranean.

My cousin Johannes, checking out oliveoil and similar products.

The Monastiraki square is found in the heart of Monastiraki among the crowded shopping streets. It is the word for Monastery. A relic from the Turkish occupation also inhabits the square in the form of a mosque without a minarete. 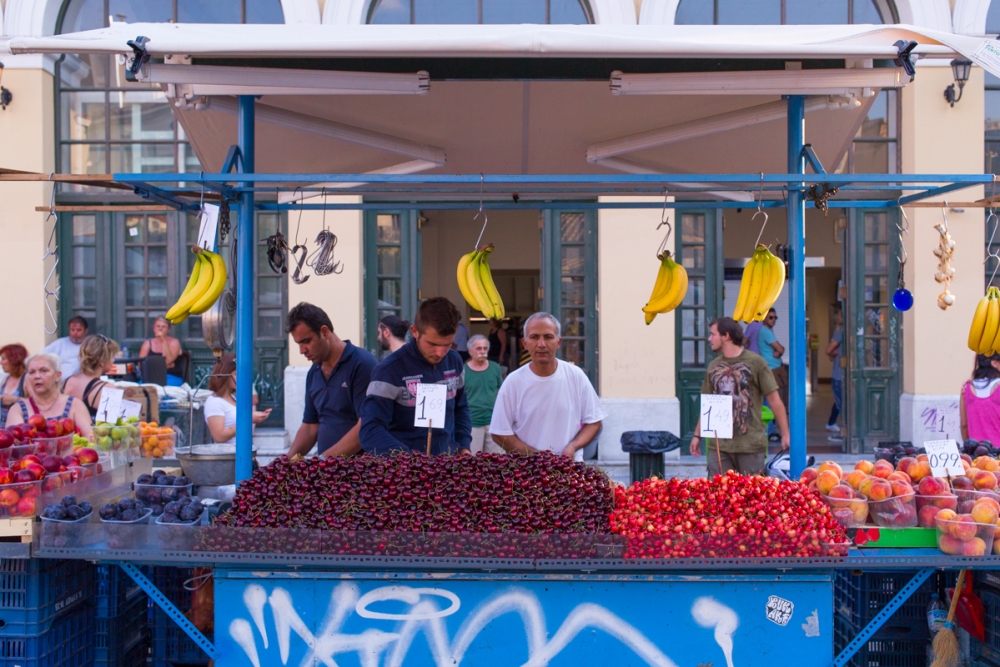 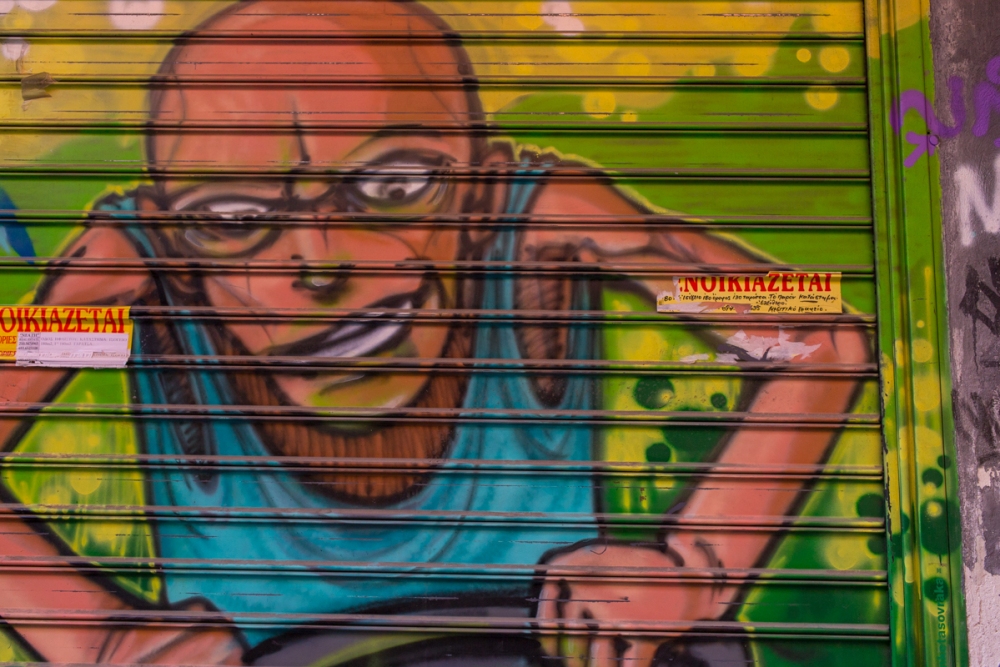 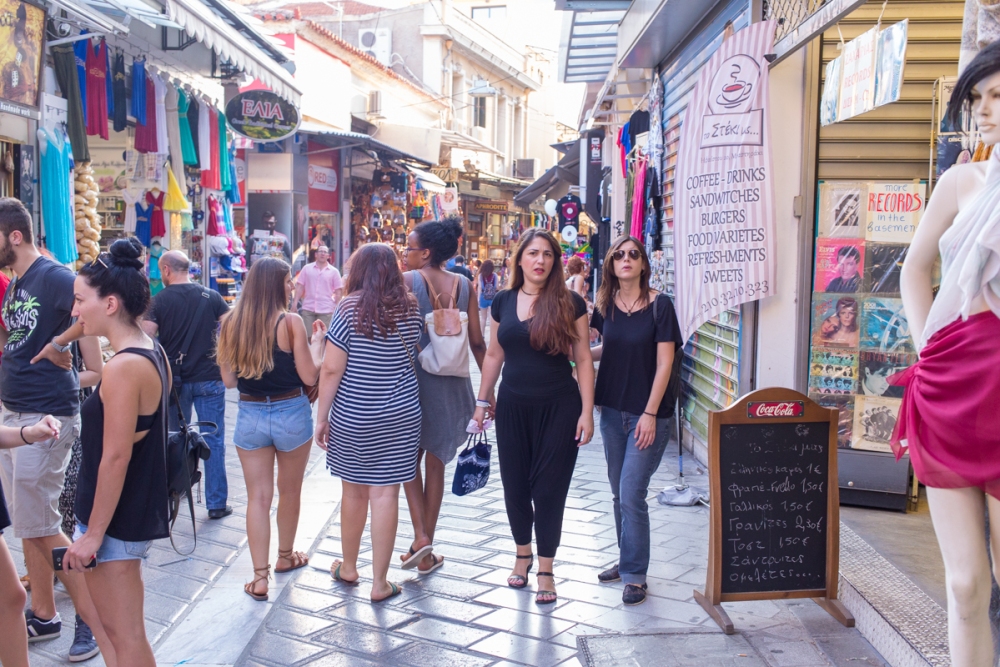 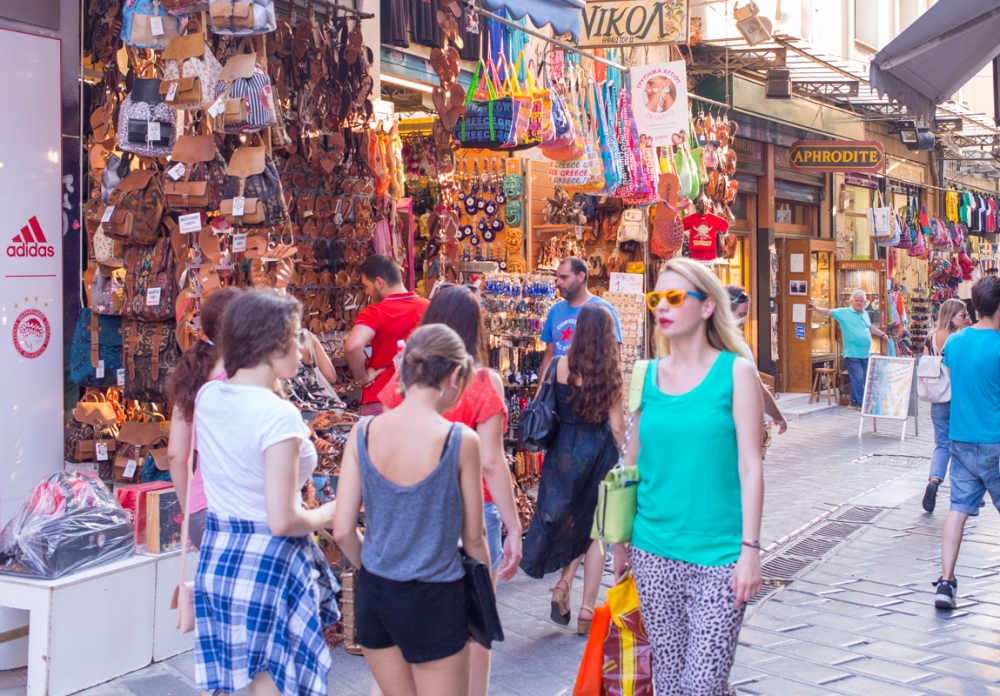 A bit further down the street we found a Ben & Jerrys shop.

After cooling down with an icecream we head for the Monastiraki metro station. The stations is right beneath Akropolis in the neighbourhood of Plaka. The first station opened here in 1895. 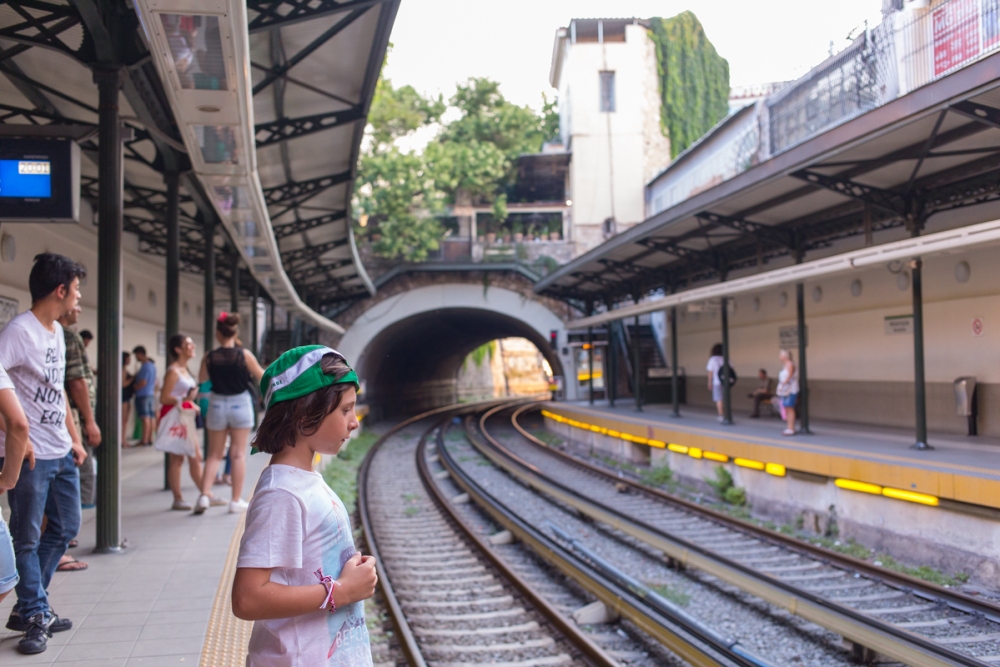 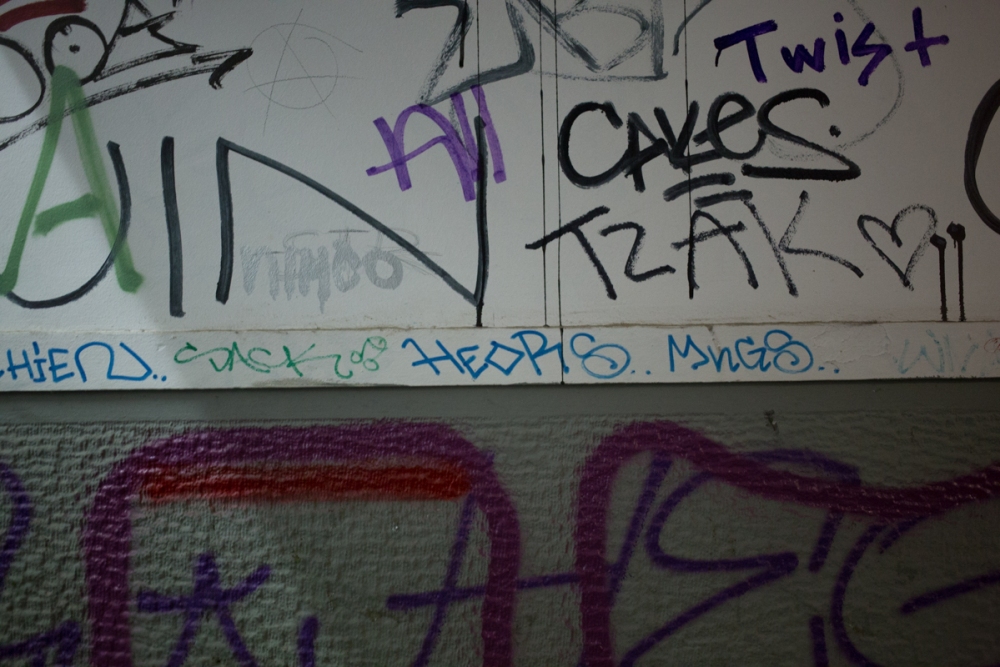 When getting home we have a cold beer (Finkelbrau is popular) and stay up very late with friends of Stefanos, the one getting married the next day.