The students finally get to rest. The event is over and the video I produced, is shown and hopefully appreciated.

Akademisk högtid is a yearly event held for new scientist at the Universities around in Sweden. In Örebro this event was held Saturday the 7th of February. For this event the students of the Academy of Grythyttan where the creators of the food and I produced a video about their work in the kitchen and about their menu. The video was later shown at the event.

This post hold the video as well as behind the scenes photos through out these past months the students have been preparing for the event, starting in November. Enjoy this kitchen story and Monday!

Thanks to the students of Grythyttan and The Fisherman for lending me the music.

Martin, Elina and Daniel is in the kitchen, mainly Elina working, trying out pralines and coffee candy.

Wrapping up all dishes, trying the flavours and deciding final changes on the dishes. 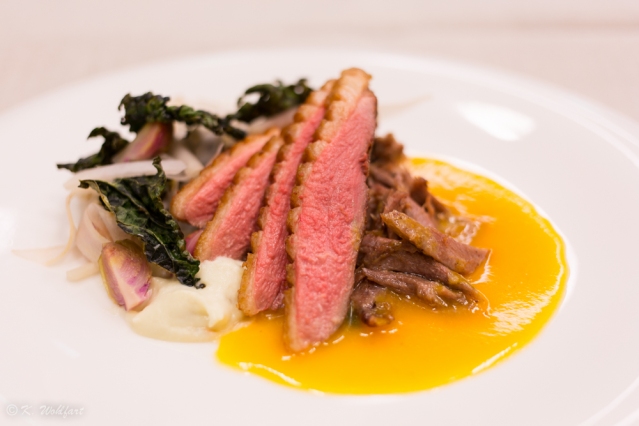