My week has been intense and filled with work. I am back in Grythyttan now, and so I was last week as well. That weekend I walked a lot and this weekend it only rains.

On Tuesday I was almost alone at the train from Stockholm to Märsta and decided to take a selfie. 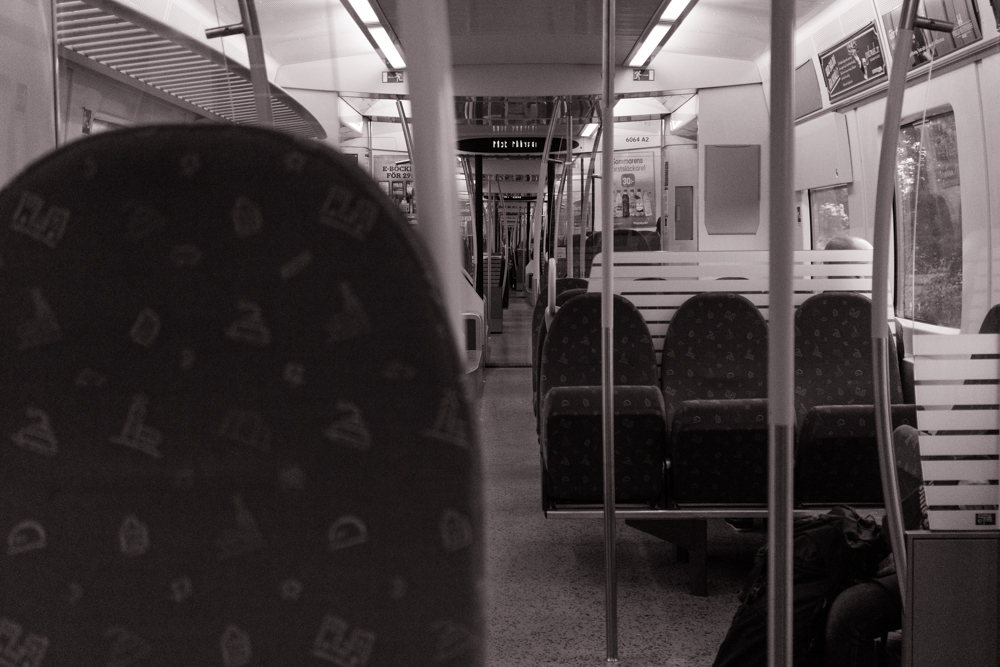 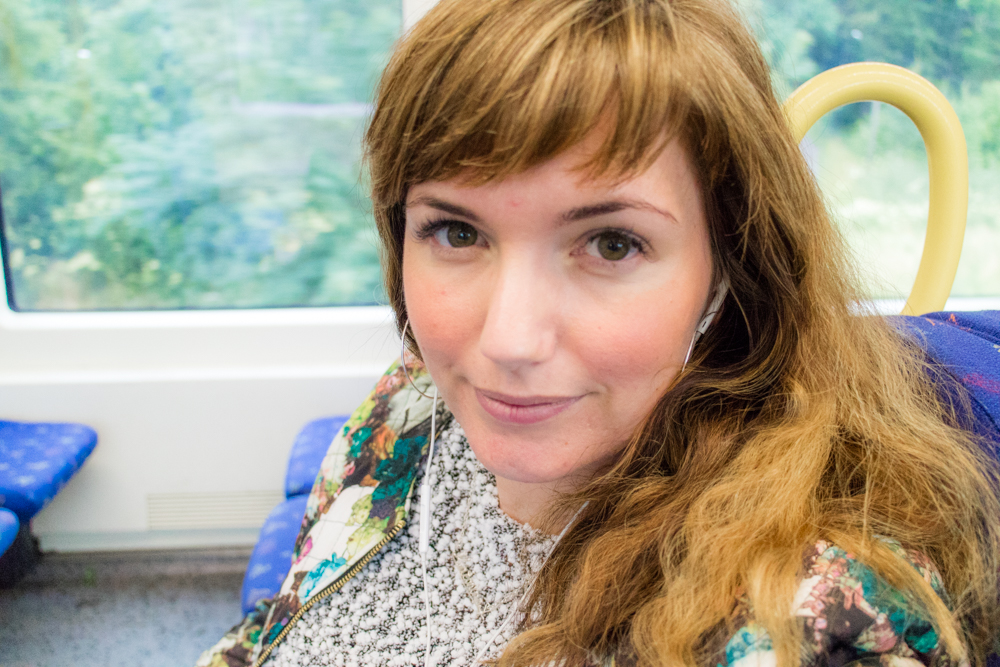 When I got back Tommy and I (a bit camera-shy) had some creme brulee and saw the movie Child 44 with Naomi Rappace and Joel Kinnaman among others. Recommended! 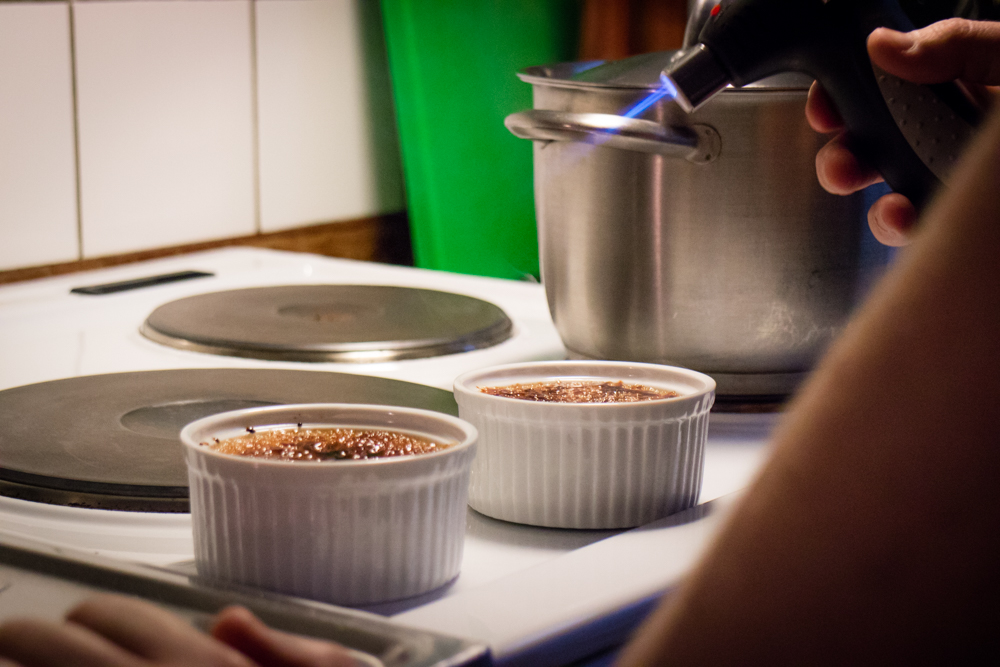 On Wednesday on my way to work I shot some photos of Farsta subway station. The subway is from 1960. Since 1982 it holds art from Gunnar Larson, Förvandlingar i luftrummet. 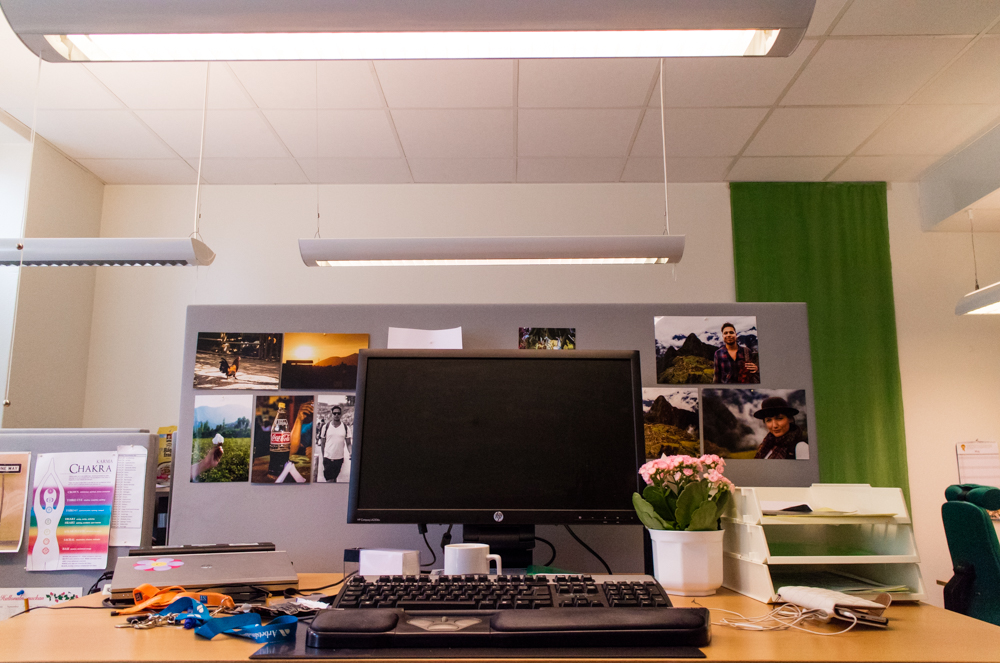 Thursday I headed for Solna and passed the Subway station in Solna centre. It holds different art from the 70s showing some problems that Sweden was struggling with at the time. 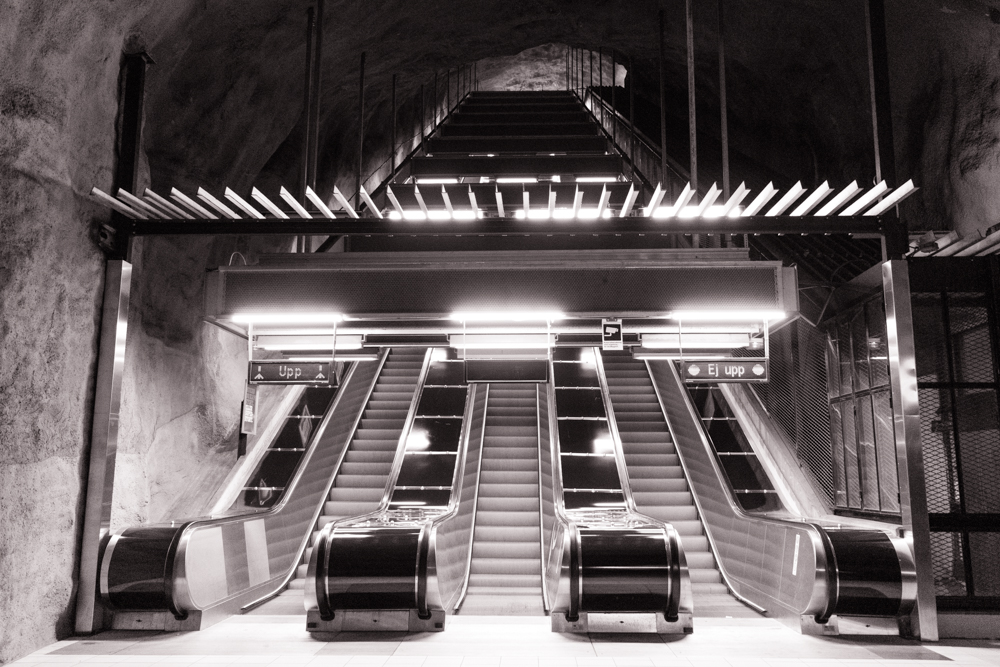 Walking towards Svarta Katten to rent some medieval garments. 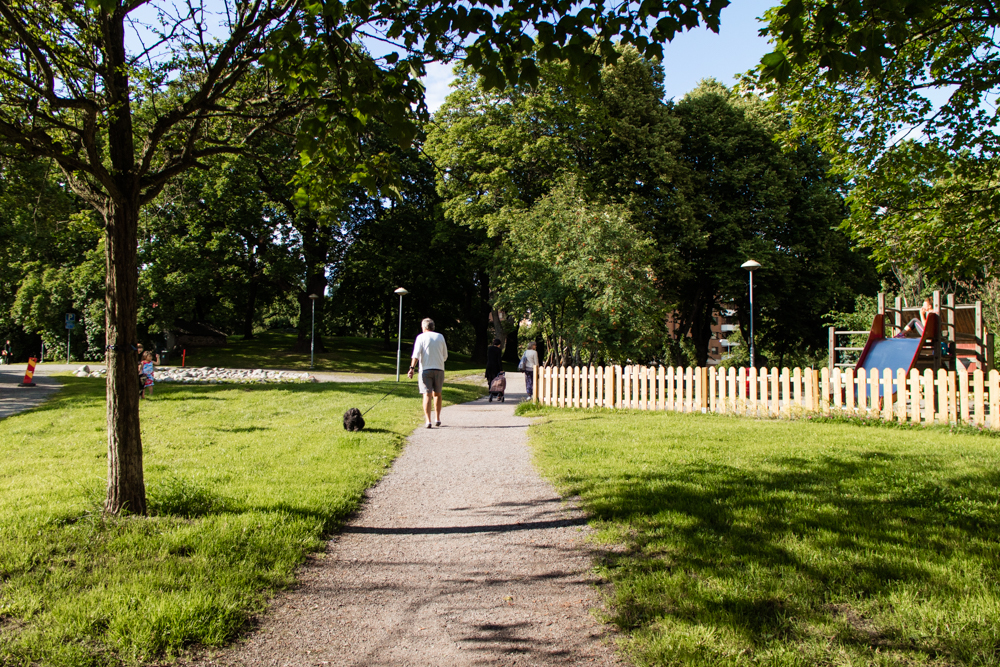 After finding some outfits in Svarta Katten for me and my mother to wear at the medieval festival/week on Gotland next weekend I headed for Solna station and the train towards Märsta. Due to smoke in the tunnels close to Södra station the train didn´t come. I got several wrong recommendations of taking the train to Kista and the bus from there but in the end no bus left and gladely I just got to the Solna subway when the trains started to run north again and I could return to the Solna station and hop on. 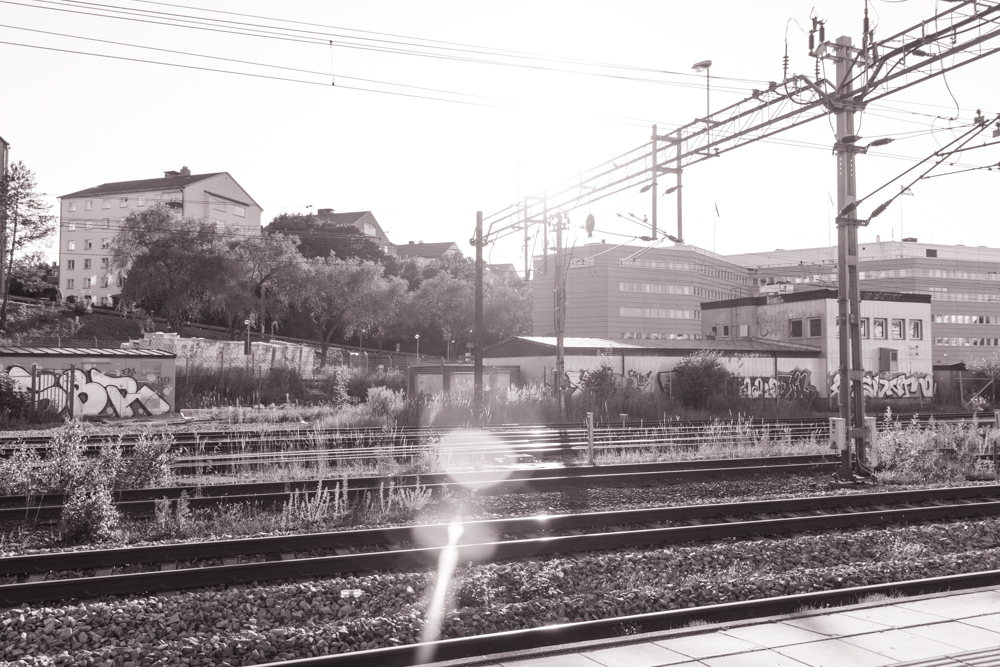 Getting  back to Grythyttan on Friday Martin and me and me and Oscar took some selfies/groupies. 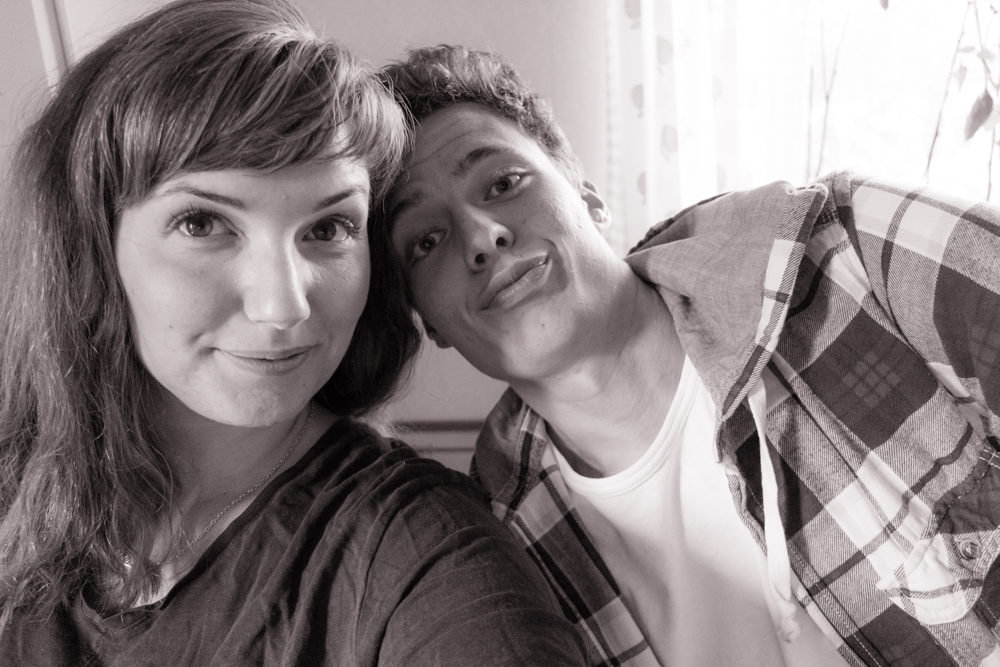 Today we went for a walk and passed through Grythyttan square where a market was held. We didn´t buy anything we were only there to see Grythyttans biggest horse, that sadly already had left when we arrived 🙁 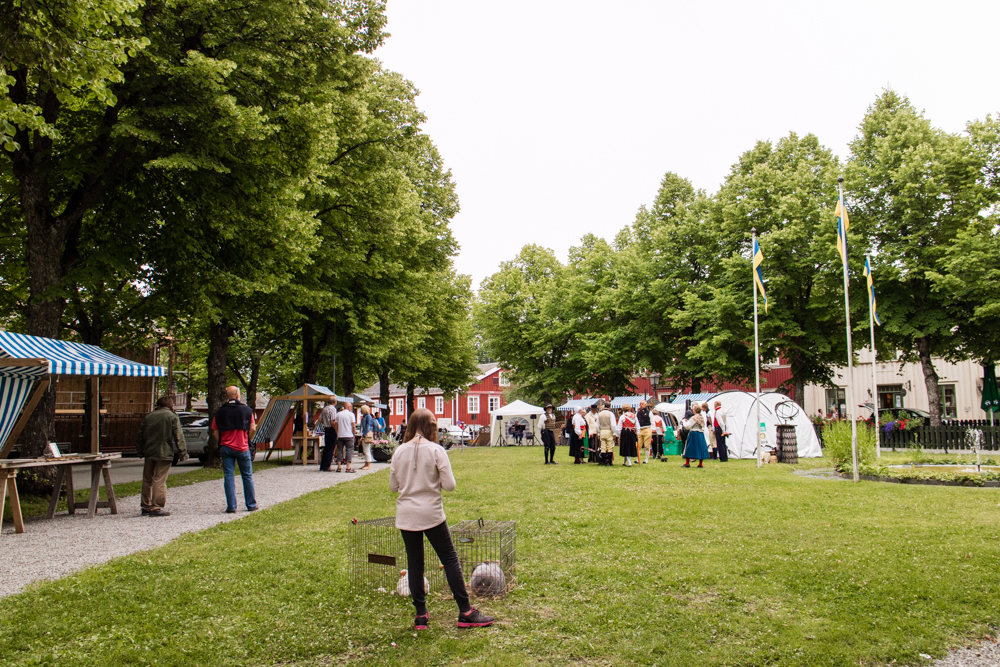